Yes, there ain’t no party like a Flaming Lips party — especially one jointly celebrating the Jan. 13 release of the Lips’ 14th album, the space-rock opus Oczy Mlody, and the 56th birthday of the Oklahoma eccentrics’ wild-eyed, ringlet-haired ringmaster, Mr. Wayne Coyne.
Coyne’s magical, mystical, (mis)guided tour along the rainbow path at Los Angeles’s Mack Sennett Studios included a pitstop at a grown-up version of a birthday-party spanking machine (manned by rainbow-bright dominatrices); a quickie joyride on that illuminated plush moped; and a dip at a body-painting station (where fans had their limbs decorated with Day-Glo, e-Lip-tical patterns). And it all ended with a cozy, cross-legged chat on the floor of the soiree’s shag-carpeted album-listening room, where Coyne discussed his pal and Dead Petz collaborator Cyrus’s appearance on Ozcy Mlody: the epic, feelgood, three-years-in-the-making closing track “We a Family” (originally titled “Jesus and the Spaceships”).

“The song is kind of heart-warming, it’s kind of dorky, and it’s kind of got this great singalong thing about it,” Coyne sweetly gushed. “Miley and I and our group of friends, when we’re together, we oftentimes will say that we’re family: ‘This is our family.’” Coyne also showed us photos on his phone of the literally Hefty-sized stash of marijuana Cyrus wanted to bring to the event on her party bus. ‘That is not Photoshopped… It’s her version of a ‘bag of pot,’” he joked.

Speaking of drugs, the “fantastical” and futuristic Oczy Mlody is a concept album of sorts about a magical cure-all pharmaceutical that allows partakers to sleep off their troubles for three months at a time. Coyne got a little serious when stressing that it’s not a political record influenced by the real-life troubles of today.

“You know, I wish that music could impact [on politics]. But I would say to anybody, as much music that’s been made and as much that is put out there every second of every day, and as expressive as artists can be and as powerful as music can be, if it really did [have that impact], I don’t think a Donald Trump would even exist,” he mused. “And I don’t think music needs to do that. I don’t think that’s its place. Music, when it’s at its most powerful, is like a friend of yours that sits with you in your times when you’re confused, in the times when you’re happy, in the times when you’re sad. And it’s there saying, ‘You’re trapped in the isolation of your own mind. But I’m here with you.’ And that’s an insane, insane thing… I think our music would gladly go past any petty things like a Donald Trump, and go right to your heart. That’s what I want my music to do.” 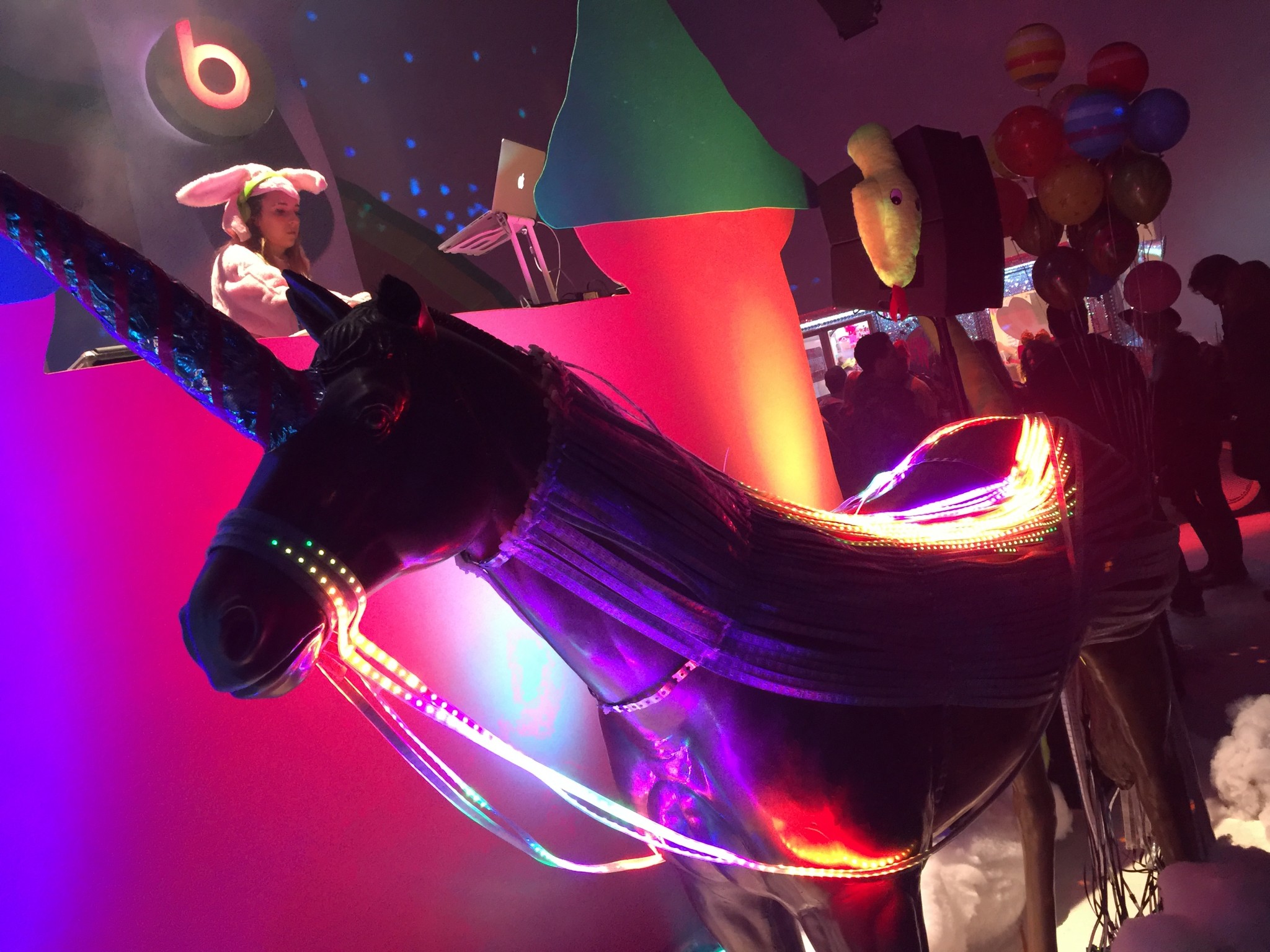 Looking forward to the new year as the midnight countdown to his birthday approached, Coyne added: “A lot of people are kind of frightened and sort of — not cynical, but predicting, because of whatever political situation there is or whatever, that the world is going to turn more unfair, and more brutal, and more stupid. But I don’t really think that. For me, I never lived my life because of who was the governor, because of who was the president, because of who was supposed to be God. I was lucky that I always thought, ‘I’m going to live by my own laws and my own rules.’ And I think we’ll all continue to do that anyway. And if the person that happens to be president believes and helps us with our ways, then great. And if he doesn’t, f*** ‘em! I’ve never waited for the government or anything to be on our side — why would we think they have to be now? Fighting injustices and helping people less fortunate and caring about humanity in general is our job, regardless of who’s running this f***ing place. So more power to us.”