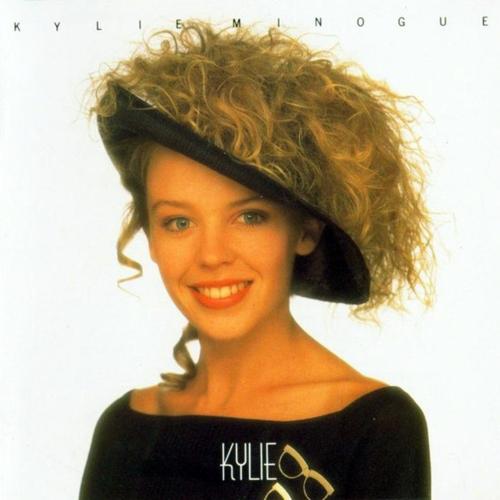 Incredibly, ageless Australian pop goddess and international icon Kylie Minogue has been in the music business for a quarter-century (her debut single, “Locomotion,” was released in July 1987), and this has been cause for a yearlong fan celebration of all things Kylie called “K25.” But sometimes when she looks back on her past 25 years of style, Kylie doesn’t always quite feel like celebrating.

“It’s okay, I know where you’re going with this,” she recently laughingly told Yahoo! Music during an exclusive interview, when questioned about any possible past fashion regrets. “Of course, the Internet wasn’t around then, so you could kind of push something under the carpet. But now, no longer! You’ve got to accept it–which I kind of did a few years ago, anyway. I just thought, ‘This is ridiculous, being so embarrassed of my past!’ I felt like I was meeting the girl from the ’80s, like me meeting the younger version of me, and just going, ‘Okay, so you’ve embarrassed me quite a bit, but let’s just hug it out and get over it.’” 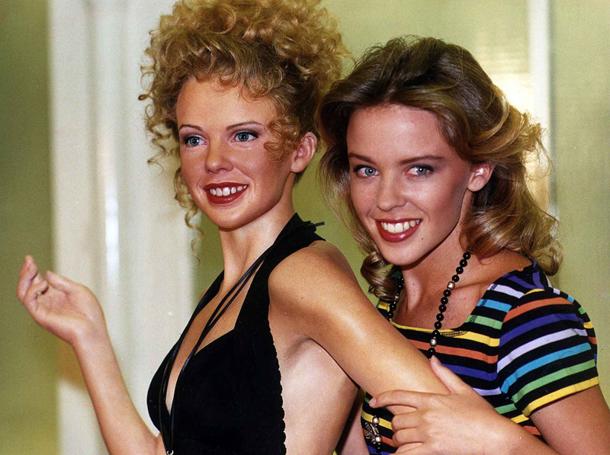 Is there any one crazy ’80s outfit that particularly makes Kylie cringe? “Oh, I wish there was only ONE,” she chuckled. “There’s several…hundred. And along with the outfits, there was the hair, the makeup, the earrings–it was MASSIVE. And I’m tiny, so can you imagine? And the cinched jeans. Um, yeah.”

Of course, now Kylie is a modern-day fashionista, hiring legendary designers like Dolce & Gabbana and Jean Paul Gautier to whip up outlandish fantasy couture for her epic world tours. “If I could tell my 15-year-old self, ‘You’re not only going to be wearing the clothes by these designers, but you’re going to meet them and they’re going to create special things for you,’ I’d have died on the spot. That would have been too much for me,” she gushed. 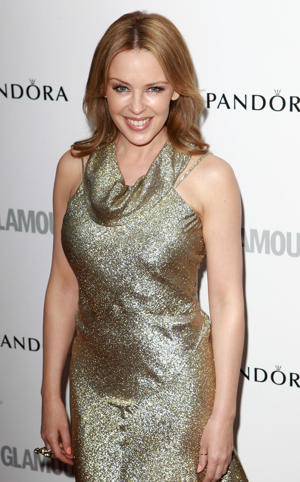 Kylie, now 44, is a true survivor, successfully battling not only breast cancer in 2005, but successfully making the tricky transitions from actress (notably in the Aussie soap “Neighbours”) to pop singer and from ’80s starlet to decades-spanning diva. (Her career-reviving signature song, 2001′s “Can’t Get You Out Of My Head,” went to number one in more than 40 countries, and she was just honored as the “Queen Of Singles” in Britain, after charting 13 U.K. hits.) So what’s her secret? 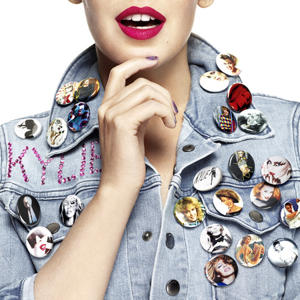 “If I’d dared to imagine that I would still be doing the things I love to do, 25 years later, and still feel inspired–actually more inspired than ever–I probably couldn’t have comprehended that,” she confessed. “I just kept going, basically, and I rode the highs and lows of my career as elegantly as possible! I’m actually really thankful for the periods that were not as successful, where I was really challenged and had to think, ‘Okay, why didn’t that work? What do I need to do?’ But the key is getting the right song…and ‘Can’t Get You Out Of My Head’–well, you couldn’t imagine it being any better, really. I was just ecstatic that that song landed on the desk for me.”

Watch Kylie’s full interview above to see her reflect of 25 ecstatic years of pop life. Here’s to another 25, Kylie!