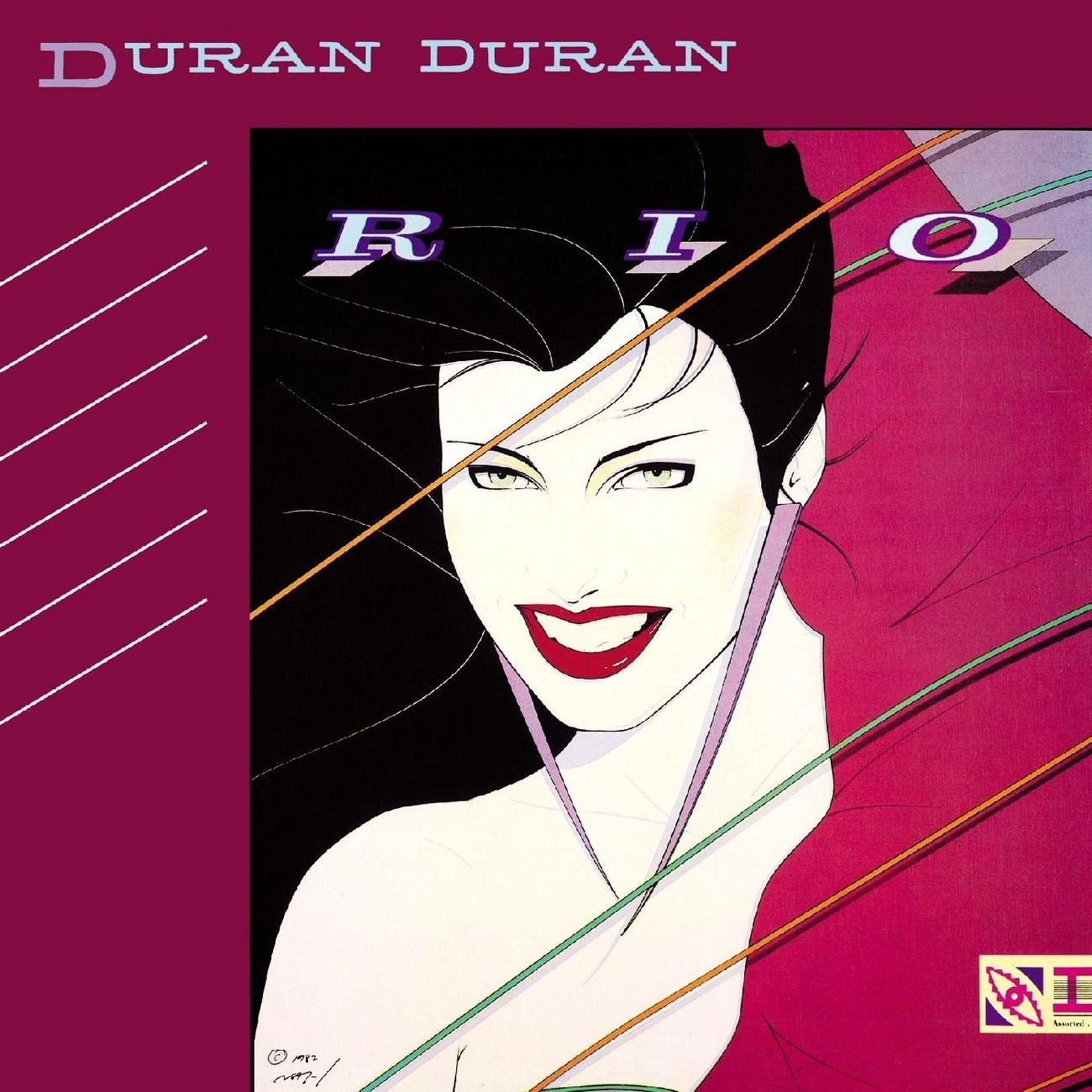 But Rio — which, incredibly, celebrates its 35th anniversary this week — was never about style over substance. The album, impeccably produced by Bowie/Iggy engineer Colin Thurston, still holds up, from the primal pop of the jungle-love breakthrough single “Hungry Like the Wolf,” to the wistful, whistling one-night-stand ballad “Save a Prayer,” to the harrowing, noir-ish, David Lynch-approved outro “The Chauffeur.” And its sound has been replicated and revered by everyone from the Killers to Mark Ronson to new AFI/No Doubt supergroup Dreamcar.

“Obviously with every new album we make, we always have to believe in it and feel we’ve gone in the right direction. But when we finished the Rio album, I looked around and I knew we’d done something special,” recalls Duran Duran keyboardist and co-founder Nick Rhodes. “I didn’t know what on earth would happen to it, whether it would be a hit or a flop or whatever, but I knew when I was listening to it: ‘Yep, this has got really strong songs on it, and this one just feels right.’”

Rhodes admits that Rio was tough to top. “It’s something that’s been a double-edged sword for us, because it was such a powerful record, and perhaps the images from the videos stuck in people’s minds. Then it came to the end of the 1980s, and people wanted to close the door on us.” But bassist/co-founder John Taylor is grateful that Rio allowed Duran Duran to eventually establish a career that has lasted well beyond the ’80s, comprising 14 albums and 100 million in record sales. “It’s been such an amazing journey, and I think Rio is probably the reason why we’re still getting to do what we do today, basically,” Taylor says. “This is the album that put us on the map — and has kept us there.”

For bubblegum-card-carrying members of the original MTV generation, Rio will forever be inextricably linked with sherbet-colored music video scenes of sexy yachting adventures and champagne-fueled, grownup good times. Despite being from the gray and decidedly unexotic West Midlands city of Birmingham, England, with Rio, Duran Duran were selling a jet-setting, island-hopping fantasy. (“There was something about Brazil and Carnival, the color, the energy. … It felt like that was the energy that I wanted to tap into,” Taylor, who named the album, recently told SiriusXM.) And starry-eyelinered kids on both sides of the pond were definitely buying what Duran Duran were selling. Cynical music journalists, however, coming off the bleak, raw protest punk of the late ’70s, weren’t quite as enthralled.

“I think it was just the times, really,” Taylor tells Yahoo. “We took a lot of criticism for that aspirational aspect. This was in the wake of the punk-rock thing, and Thatcher. But from a creative point of view, we would have to go in a different direction — we couldn’t go down the road the Sex Pistols had been down, or the Clash had been down. We had to find our own mood and our own lane.

“There were a lot of [music critics] who didn’t like the concept that there was a new way of doing things,” says Rhodes. “It wasn’t the way of a lot of the 1970s, although many of the artists I liked — David Bowie, Roxy Music, the Beatles, the Rolling Stones — all took care with their imagery and their creative vision outside of just the music. It’s just that when it became more part of something you had to do, if you wanted to be on the frontline of music, that some people started to object.”

Critics in general were not kind to Duran Duran at the time, mainly due to the fashionable band’s young female fan base. (“The music intelligentsia has always been very male dominated, a boys club, and they like their music a certain way,” Taylor shrugs.) But the group had no qualms about courting the teen magazines and doing “the pinup thing” that ultimately helped turn Rio into an international, multiplatinum sensation.

“I really don’t think I would have done anything different, in any way,” Taylor insists. “I don’t regret it at all. I mean, I don’t know how we would have developed as musicians if that had never been a part of our story, but I do know that that thing we had gave us power, and it enabled us to work in the way in which we wanted to work. I mean, if we hadn’t had the teenage girl fans, then we might have had no career past the mid-’80s, you know?”

Still, Taylor admits that he and the original “Fab Five” — Rhodes, singer Simon Le Bon, drummer Roger Taylor, and guitarist Andy Taylor — were not prepared for how the undying adoration of Planet Earth’s teenyboppers would change, and strain, relations within the then burgeoning group.

“I think the teen thing caused us to infight a little bit, because it became quite competitive,” Taylor muses. “We hadn’t really considered that — that it was going to be ‘John fans’ and ‘Nick fans’ and ‘Simon fans,’ and that we were going to be involved in this kind of popularity contest, this ‘love contest.’ That could get in the way a little bit, because it puts you under a different kind of pressure. Particularly for Andy — a lot of us, really, but Andy in particular — he was like the musician in the band, but he was probably the least popular in the band with fans. I think that was quite frustrating for him, because he’d never considered that that [his looks] might even be significant. For him, it’s all about his musical skills; that was what validated him as an individual. The fact that he might not be as popular as me was very frustrating for him.”

At the time, a typical readers poll in 16 or Tiger Beat would usually name John as the group’s most popular member, followed by Simon, Nick, Roger, and, always dead last, poor Andy. “There were rankings, for sure, yeah,” Taylor says ruefully. When asked how he feels about his heartthrob status, he answers with weary sigh, “I don’t even want to think about it anymore, to be honest.” (Andy Taylor left Duran Duran in 1986, rejoined in 2001, and quit for good in 2006; John and Roger left the band at different points, but have been back in the lineup, alongside Le Bon and Rhodes, since 2001.)

Part of Rio’s appeal for female fans was undoubtedly its pro-woman imagery. Along with the above-mentioned Nagel cover, the band’s bold music video castings — the sassy Bond heroine who captured Roger in a fishing net in “Rio,” the tigress who tussled with Le Bon in “Hungry Like the Wolf” — always depicted strong, self-assured women, almost like Nagel ladies sprung to life. This was a welcome contrast from the usual video vixens that starred other exploitative clips of the era. “No, the women were manipulating us! You know, in ‘Rio’ or ‘Hungry Like the Wolf,’ we’re chasing them. They’re the ones with the power. They’re on the pedestal — as it should be,” grins Taylor.

Both Taylor and Rhodes accept that their music videos were crucial to the success of Rio (which came out less than a year after the debut of MTV), perhaps as much as the music itself. “I think it’s part of our history, and I try to step outside and have a more balanced view of the thing historically,” say Rhodes. “I think it’s fair comment. We were clearly a major part of the MTV generation, and I think we did a lot with video that other people hadn’t done, a lot of groundbreaking things, like taking videos onto location, using digital technology and effects that people hadn’t thought about. So I’m not surprised, and I’m not bothered that it comes up.”

“I think we were lucky to have connected with [director] Russell Mulcahy, and I think Russell was very cinematic in his vision,” says Taylor. “He’d be looking at Apocalypse Now, at Raiders of the Lost Ark, and he was like, ‘Yeah, I can do that. We can do that with your three-minute epics. How much can we get out of these things? Let’s get out of the studio. We’re going to make these miniblockbuster videos that take people to another place, a place they’ve never been to, and it’s going to be exotic and dangerous and sexy.’”

Taylor agrees that Duran Duran were “the right guys for the moment” when asked to pinpoint what made Rio connect on such a major level in the early ’80s. As he told SiriusXM’s Richard Blade: “If the Rio cover had been different, if the Rio cover had been a picture of the band, maybe it wouldn’t have impacted in the same way. If we hadn’t gone to Sri Lanka with Russell Mulcahy, if that ‘Hungry Like the Wolf’ video had been another studio video in London, who knows if it would have connected?”