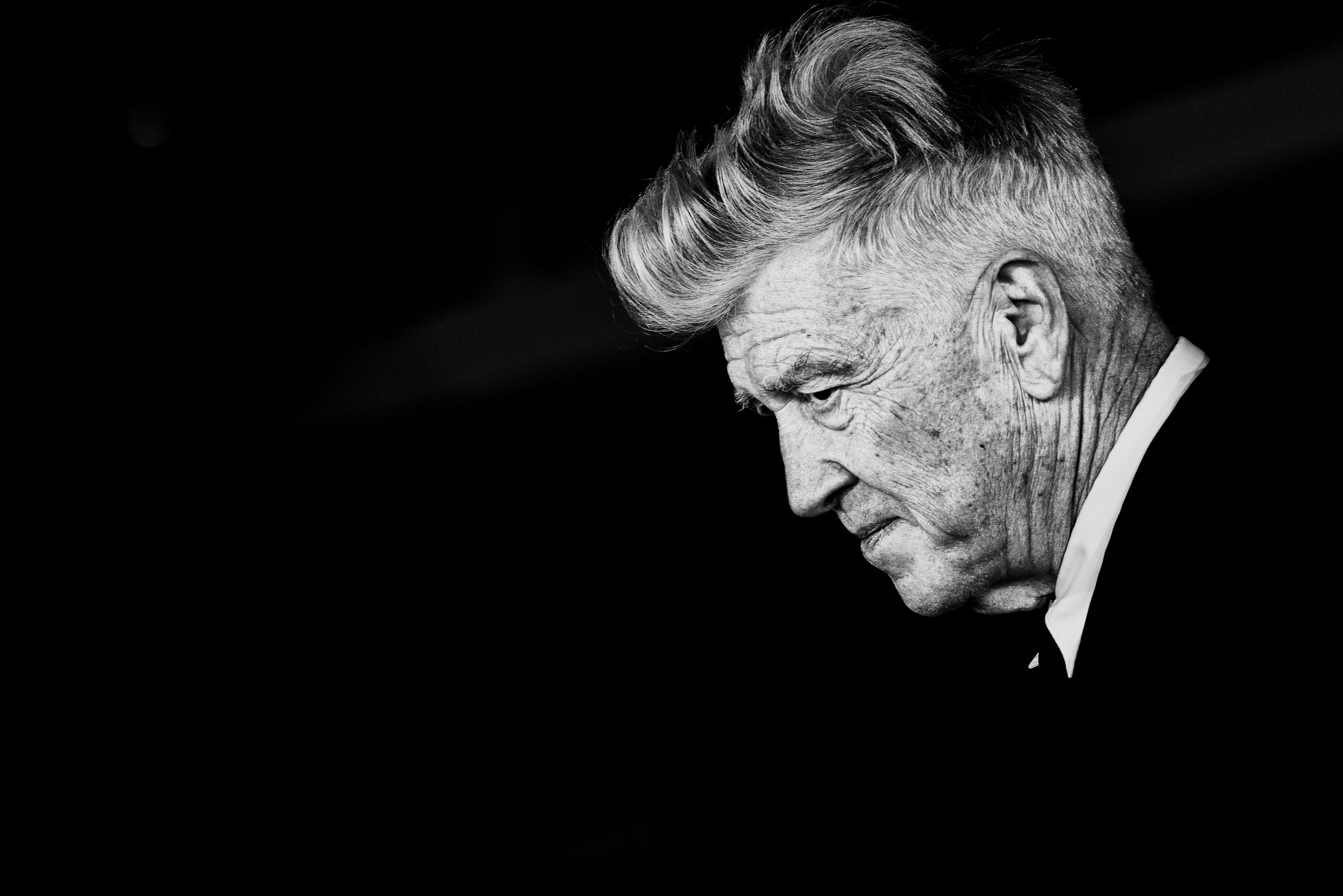 Some people might be surprised to learn that director David Lynch has been a passionate advocate and practitioner of Transcendental Meditation since 1973. After all, many skeptics associate any type of meditation with a hippie-dippie mentality, and Lynch’s incredibly dark and twisted cinematic classics, like Eraserhead, Blue Velvet, Wild at Heart, and Twin Peaks, aren’t exactly about peace and love and hearts and flowers.

Speaking to Yahoo Entertainment ahead of this weekend’s Festival of Disruption in Los Angeles, which will raise consciousness and funds for his David Lynch Foundation, Lynch acknowledges this seeming dichotomy with a chuckle. “That’s true. I get that kind [of question] every time I talk about meditation. People say, ‘David, if you’re so happy, how come you make these [disturbing films]?’” he says. “I say the artist doesn’t have to suffer to show suffering. I used to worry: ‘Am I going to get all calm and easygoing and not want to work anymore? Am I going to make goody-goody-two-shoes things and feel-good things?’ But no. You get more of an edge when you dive within. You get way more energy to do your work. Negativity, you see, is the enemy to creativity. People say, ‘Oh, suffering artist!’ and all that, and it might sound like a romantic thing, but suffering is really not that enjoyable.”

Speaking of suffering, Lynch steadfastly believes Transcendental Meditation could be the cure to all of society’s problems, including toxic masculinity and rape culture: He says men would be more gentle, enlightened, and empathic if they practiced TM. “Absolutely. It would bring out that thing: ‘Do unto others as you would have them do unto you.’ It just would bring that out. Men have certain urges and women are a certain way, and this has caused a lot of trouble, but if men were meditating every day, they would not want to force anything on women. They would treat all people with a whole different type of kindness and respect. It would just come naturally.”

In 2005, Lynch started the David Lynch Foundation to introduce TM to underprivileged students, the homeless, military veterans, war refugees, prison inmates, and other “at risk” groups. Since then, he has directed only one feature film, 2006’s Inland Empire (though he says he’s currently “going through boxes of ideas, and trying to catch them from the ether”), but he has worked on the Twin Peaks television reboot and released two albums. And on Nov. 2, he and Twin Peaks composer Angelo Badalamenti will release their long-delayed experimental jazz album, Thought Gang (recorded in 1992-93), some music and video of which will premiere at the Festival of Disruption.

Check out Yahoo Entertainment’s conversation with the maverick auteur about why he believes Transcendental Meditation is the most surefire way for anyone to achieve “true happiness.”

Yahoo Entertainment: Which of your films, albums, or TV shows, would you say, are most directly affected by your practice of Transcendental Meditation?

David Lynch: All of them. I don’t know what I would have been like if I hadn’t started meditating. I was creative before, but I wasn’t so self-assured — and in this business, you get killed without self-assuredness. I was filled with a lot of anxieties, and I was filled with a lot of anger at my situation in life. And I would take this anger out on my first wife. About two weeks after I started meditating, she asked me what was going on. She said, “This anger, where did it go?” I didn’t even realize: I hadn’t been giving her any trouble. I just didn’t feel the anger anymore, and it was very, very beautiful.

So do you think TM, besides helping people be more creative or confident, could help in the personal/family sphere as well?

Yes. There’s all this domestic violence, all kinds of different violence. People are filled with this stress causing them to do very strange and unproductive things. If a husband and wife are both stressed, they get in on this thing, and little kids wonder what the hell’s going on, what is this — their whole world’s coming apart. You give them this technique, and pretty soon, even if there’s disagreement, it never would approach violence or hateful things. It’s a different story. This kind of love blossoms inside. You don’t want anyone else to be hurt. Relationships improve.

You’ve been doing TM yourself for 45 years. What was going on in your life at that time that made you gravitate towards it?

Well, when the Beatles went to India with Maharishi, I had zero interest in meditation. I thought it was a waste of time, a fad, and I didn’t want any part of it. But then I heard a phrase: “True happiness is not out there; true happiness lies within.” And that phrase had a ring of truth to it for me. I thought after a while, “Maybe meditation is a way to go within.” Then I started looking into meditation, and I found out there’s many, many different forms of meditation. But none of them seemed right to me until my sister called and said she’d started Transcendental Meditation as taught by Maharishi Mahesh Yogi. I liked everything she said about it, but most importantly, I heard a change in my sister’s voice. I heard more happiness in her voice, more self-assuredness. I put it all together and I said, “This is what I want.” And I went and got it.

So, what does “true happiness” mean to you? It means different things to different people, obviously.

Well, there’s the word “happiness,” and there’s the word “bliss.” Everybody gets happy at different times, but in the field of relativity on the surface of life, we all know that that happiness doesn’t last. It lasts for a while. Like, you get a new car. You’re so happy, really and truly happy, but then a year later the car is dirty, you got a couple of dents, and it’s a different story then. But the stuff you get from within, bliss, takes up where happiness leaves off. And you can be physically happy, emotionally happy, mentally happy, spiritually happy. You can vibrate in this happiness, and it’s so euphoric. It’s so beautiful when a human being transcends and experiences this field within — it’s a beautiful, beautiful experience. Little by little, there’s a side effect to transcending, and the side effect is negativity starts to lift away. Traumatic stress, anxiety, tension, sorrow, depression, hate, bitter selfish anger, and fear automatically start to lift away. I call that the “suffocating rubber clown suit of negativity.” So many of us live inside this thick, heavy, rotted kind of rubber clown suit, suffering to one degree or another.

We are living in dark and turbulent times, politically and socially. Have you noticed an increase in people, especially young people, wanting to do TM, to alleviate the stress of modern life?

Yes. Everybody is stressed these days to one degree or another. Some schools are suffering —  traumatic stress, post-traumatic stress. The kids have a bubble of turmoil in them. And surface cures won’t get rid of that torment. Many well-wishers of humanity are trying to help the kids, doing one-on-one time with the teacher, talking to mental help people, trying different kind of drugs. They give them coloring books, better classrooms, prettier classrooms. But these things are surface things, and the drugs sometimes work, but there are side effects to them. But when they get Transcendental Meditation, this torment dissolves. These little kids can focus again. They can take in information and understand it. Relationships between the students improve. Bullying stops, fights stop. For instance, there’s a school in San Francisco that had a fight once a week, at least, that required the police and an ambulance. After one year of the students doing Transcendental Meditation, it was a blissful school. The fighting stopped. Grades went up. It became a school you would want to go to — and it had been one of the worst before.

A few months ago, you made a controversial comment [saying Trump had the potential to be one of the “greatest presidents”]…

It was taken way out of context. [Lynch clarified on his Facebook page that he’d been taken “a bit out of context” and said Trump is “causing suffering and division.”] I’d rather not talk about that. But I would like to say that I really feel — and it’s pretty obvious — that this country’s divided. Another name for this field within is called the unified field. Ancient Vedic science has always and forever known about this field, but modern quantum physics discovered it around the ’70s. This field is the unity of all the particles and all the forces in manifestation. This field is magical. You enliven this field of unity in the midst of diversity, and there is peace. All diversity is appreciated fully in the light of unity. And this is absolutely possible. So all these problems, all these people so bitterly divided, enliven this field, and they affect collective consciousness with bliss, harmony, coherence, love, all these qualities from this field. And you’re going to have a different world. Right now, every single human being participates in creating that collective consciousness. We have a dark, brooding cloud all around the world, but if we enliven this field of peace within, it’ll turn that cloud from a dark, brooding cloud to a beautiful, golden cloud. And this is what I’m interested in — seeing that happening very soon.