The Day After Podcast with Jeffery Austin: Fall 2020 Finale Week

The fun was just beginning (in a year where there was little fun, but lots of escapist reality TV, to be had), and already The Voice Season 19 and The Masked Singer Season 4 have come to an end. But my “The Day After” cohost, Voice Season 9 finalist Jeffery Austin, are squeezing in one last podcast for 2020 — in a socially distanced and totally responsible manner, of course.

Join us one last time this season as we discuss the long-overdue victory of Gwen Stefani on The Voice (justice for Jeffery and Rose Short at last!), the spectacular victory of the Sun on The Masked Singer (justice for LeAnn Rimes!), and a bunch of other random stuff, like our memories of crossing paths at the Voice Season 9 finale party back in the Beforetimes (see flashback photo below), Tom Cruise’s Mission Impossible set freakout, the continuing mystery surrounding Ryan Gallagher’s Voice disqualification, Justin Hawkins of the Darkness on The Masked Singer U.K., our hopes that Justin Tranter will join the cast of Songland Season 3, and the diminishing number of Google Alerts Jeffery will probably receive in a post-Team Gwen-win world.

And don’t worry, Jeffery and I won’t be gone for long. We’ll be back in January to talk RuPaul’s Drag Race Season 13, RuPaul’s Drag Race U.K., and of course… The Masked Dancer! In the meantime, special thanks and holiday well-wishes to our Season 6 American Idol pals Blake Lewis and Brandon Rogers for our funky theme song, and if you prefer the written word, check out my 2020 Voice, Drag Race, American Idol, Songland, and Masked Singer articles on Yahoo Entertainment here.

See you next year; be safe and healthy, everyone. 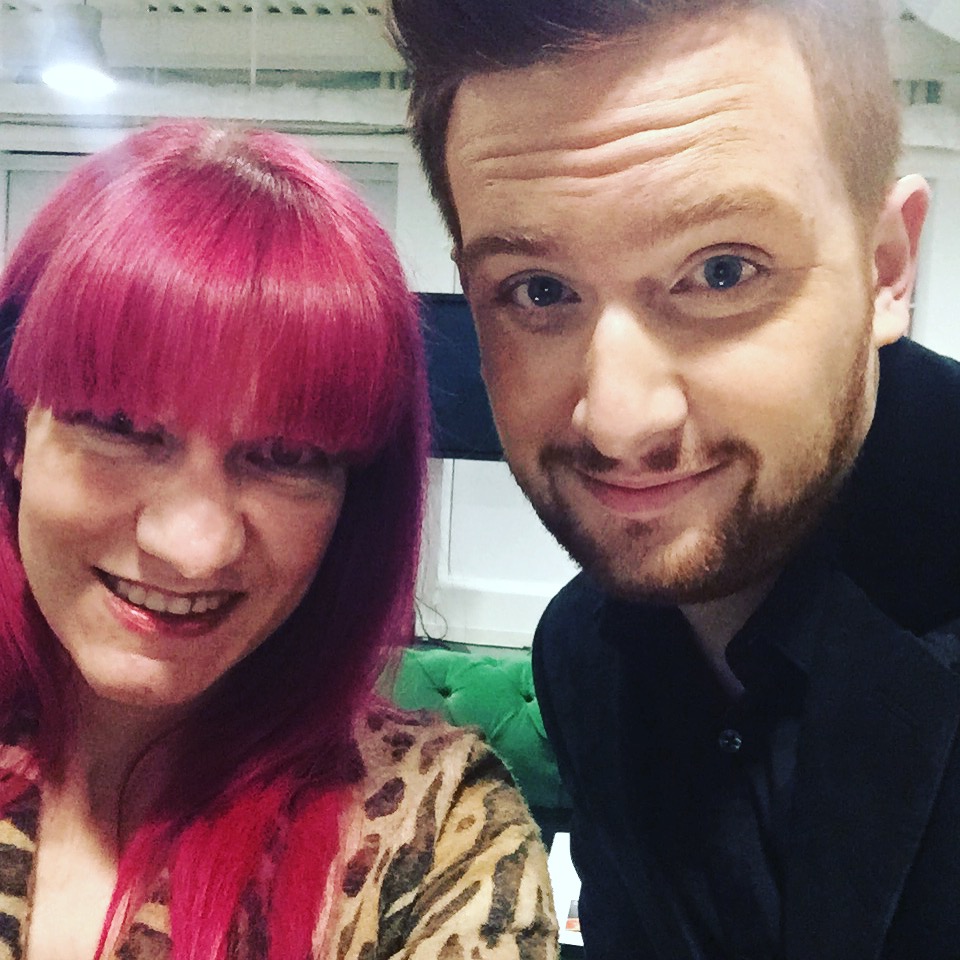