Randy Jackson may no longer be a judge on “American Idol,” but the Dawg is still in the house this season, albeit in a mentoring role. With the show now down to a top 31, Randy is back to whip these contestants into shape via his intensive boot camp program, with handpicked assistants Chris Daughtry and Adam Lambert (two of “Idol’s” most successful non-winners) joining in. And as someone who’s been through his workshop, I can tell you, Randy has not gone soft during his hiatus from the show.

Yes, you read that right. I got to go through all the rigorous stages of Randy’s boot camp — I was the unofficial 32nd contestant, if you will — and while you will definitely not be seeing me on the live shows (except maybe sitting in the studio audience), I do feel like I learned some valuable “Idol” lessons from this unique experience. Such as… 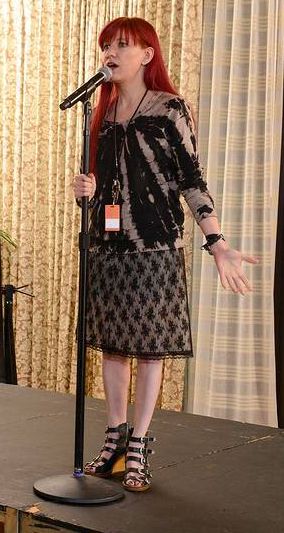 Upon finding out with a mix of excitement and horror (mostly horror) that I’d have to sing in front of “Idol’s” musical director Michael Orland and vocal coach Dorian Holley, I nervously went with my go-to karaoke song: the Divinyls’ “I Touch Myself.” Of course. But Michael wasn’t feeling it.

There were several reasons to steer clear of the self-love anthem, Michael explained. It wouldn’t work well with his piano accompaniment. It quite possibly wasn’t one of the 400 cleared songs stored on his iPad. And he didn’t say this outright, but maybe it just wasn’t an appropriate song for a family-friendly show like “Idol.” Come on, no tween girl or thirty/forty-something mom (i.e., the people who make up “Idol’s” core fanbase) would vote for anyone who sang that song, unless it was Adam Lambert.

So now I had to come up with a last-minute alternate — a predicament that has felled many an “Idol” contestant in past seasons. I wanted an ’80s tune that I knew well, preferably by a female artist. “How about some Heart?” Michael suggested, trying to be helpful.

OH NO. Stop right there. After years of “Idol”-blogging, I knew better. I knew that pretty much anyone but Carrie Underwood should avoid Heart songs on “Idol.” Even on my, shall we say, most festive karaoke nights in the past, I never attempted to belt out something as advanced as “Alone.”

Finally, we all settled on Cyndi Lauper’s “True Colors”: an empowerment anthem for the ages, that people of all ages know and love. Now, I just had to sing it in front of a roomful of strangers, while being filmed, without sounding like William Hung…

2. “Don’t forget the lyrics” is easier said than done, dawg. 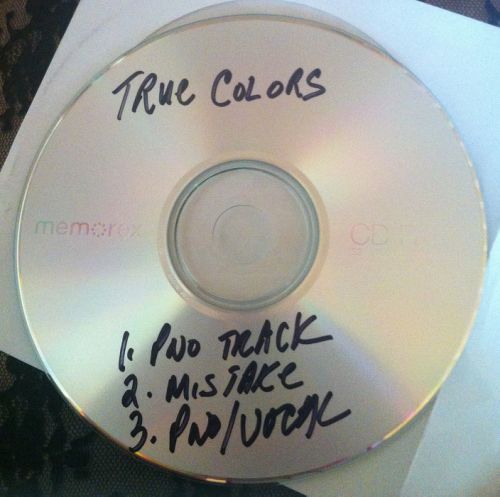 For years, I have watched in frustration as one Hollywood Week hopeful after another has ruined his or her chances by committing the cardinal “Idol” sin according to Simon Cowell: flubbing the lyrics to even the most memorable and ubiquitous songs in the “Idol” catalog. How could that guy forget the words to “Forget You”? After rehearsing it for six hours straight in a hotel hallway? Sheesh.

But when it came time for me to perform “True Colors” — a song I have sung in karaoke, more than once — I suddenly developed the memory retention of a very small fish. (Remember, in karaoke, the words are displayed on a convenient video screen. There was no such screen at Randy’s boot camp.)

“I finally understand now!” I said, as I practiced the song for the seventh time, struggling so much that I finally resorted to reading the lyrics off my iPhone. (There was just something about the line “the darkness inside you can make you feel so small” that Would. Not. Stick. In. My. Brain.) “You get it now,” said Michael, smiling. “Now you realize how easy it is to forget. I’m glad you did this.”

And then he handed me a CD-R recording of my rehearsal. Track 2 was titled “Mistake.” Ouch. 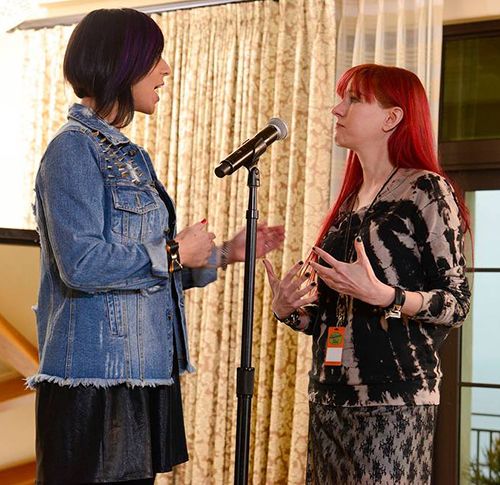 Next, it was time for me to hit the staging room and work on my sure-to-be-awesome, Freddie Mercury-esque stage moves with coach Melissa Garcia. At this point I finally had the “True Colors” lyrics fully memorized, which meant I now had time to absorb and ponder their poignant meaning. This was both a good and bad thing.

Melissa instructed me to sing the sweet ballad directly to a giant mirror on the opposite wall, dig into the emotion of the song, keep my eyes open (apparently I have a tendency to shut them tight when I’m really feeling the music/really feeling embarrassed), and just go for it.

And then I started crying. For real.

Dang, I just could not get through that “like a raiiiiiinbow” line without choking up. I knew I should have done “I Touch Myself.” I never cry during “I Touch Myself”!

But Melissa offered me some sound advice about tapping into one’s acting skills to keep one’s waterworks under control. And again, this truly helped me grasp what it’s like to be a young, frightened “Idol” contestant laying it all on the line. Now I totally understand why Brooke White cried all the time in Season 7.

Everyone at Randy’s workshop was incredibly kind to me — kinder, I imagine/assume, than they were to the actual top 31 contestants going through the program that day. No one gave me any tough love. Michael told me I had “perfect pitch” and praised my lack of shyness. Melissa said I had good stage presence. Dorian actually exclaimed, “Pretty!” during my session, said my love of performing came shining through (just like my true colors, I guess), and suggested that I join a choir or community theater group. Those guys really pumped me up. Seriously, by the day’s end, I was considering auditioning for Season 14.

And then…I hopped in my car, popped my souvenir CD-R in my stereo, fast-forwarded to Track 3 (the one after “Mistake”), and listened to my final take of “True Colors.” Oh dear. It was not good. William Hung, all is forgiven.

But really, the sad fact of the matter was, no amount of pep-talking, stage-coaching, or hair-and-makeup-tutoring was going to turn me into an American Idol. There was a reason why Dorian told me I should be active in community theater. That was his nice way of saying I should never sing professionally.

And so I embarked on my homeward drive of shame, not through to Hollywood, no golden ticket in hand, but definitely wiser for my workshop experience. What these top 31 kids have to go through is not easy. Which of them will survive and make it to the live shows? We’ll find out in the coming weeks, but hopefully all of their true colors will come shining through.