Slash Talks Addiction: ‘I Was Fortunate. I Didn’t Die, and I Didn’t Go to Prison’

“Driving Rain,” the new single by Guns N’ Roses guitarist Slash and his other band, Slash featuring Myles Kennedy and the Conspirators, tells the tale of a co-dependent relationship from the point of view of an addict’s significant other. While he tells Yahoo Entertainment that the song is inspired by personal experiences (“It’s something that hits a little close to home — not presently, but in my past, and I guess in Myles’s past”), Slash has obviously been on the other side of that equation.

Although Slash has been sober for 12 years, he and his GNR bandmates were well known for their drug exploits and, well, their appetite for self-destruction. At first, Slash says, it was all about partying and having fun, but eventually he fulfilled the prophecy of GNR’s cautionary tale, “Mr. Brownstone”: The small amount of drugs he did at first wouldn’t do it, so the little got more and more.

“I just really got to a point where I wasn’t enjoying it anymore,” he says of his decision to finally get clean in 2006. “I mean, God knows I probably have my fair share of psychological misadventures, but I got into booze and drugs mostly just to kill time. I mean, it starts out for fun, and then you use it in between shows, after a show, before the next show, that kind of thing. And especially I’d really fall in hard when the tour was over and we were off the road — I wouldn’t know what to do with myself. So that’s just something that before you know it, you’ve got a real physical, and as it happens, psychological addiction going on. And you just keep managing it, and managing it, and it takes its toll eventually. It catches up with you.” 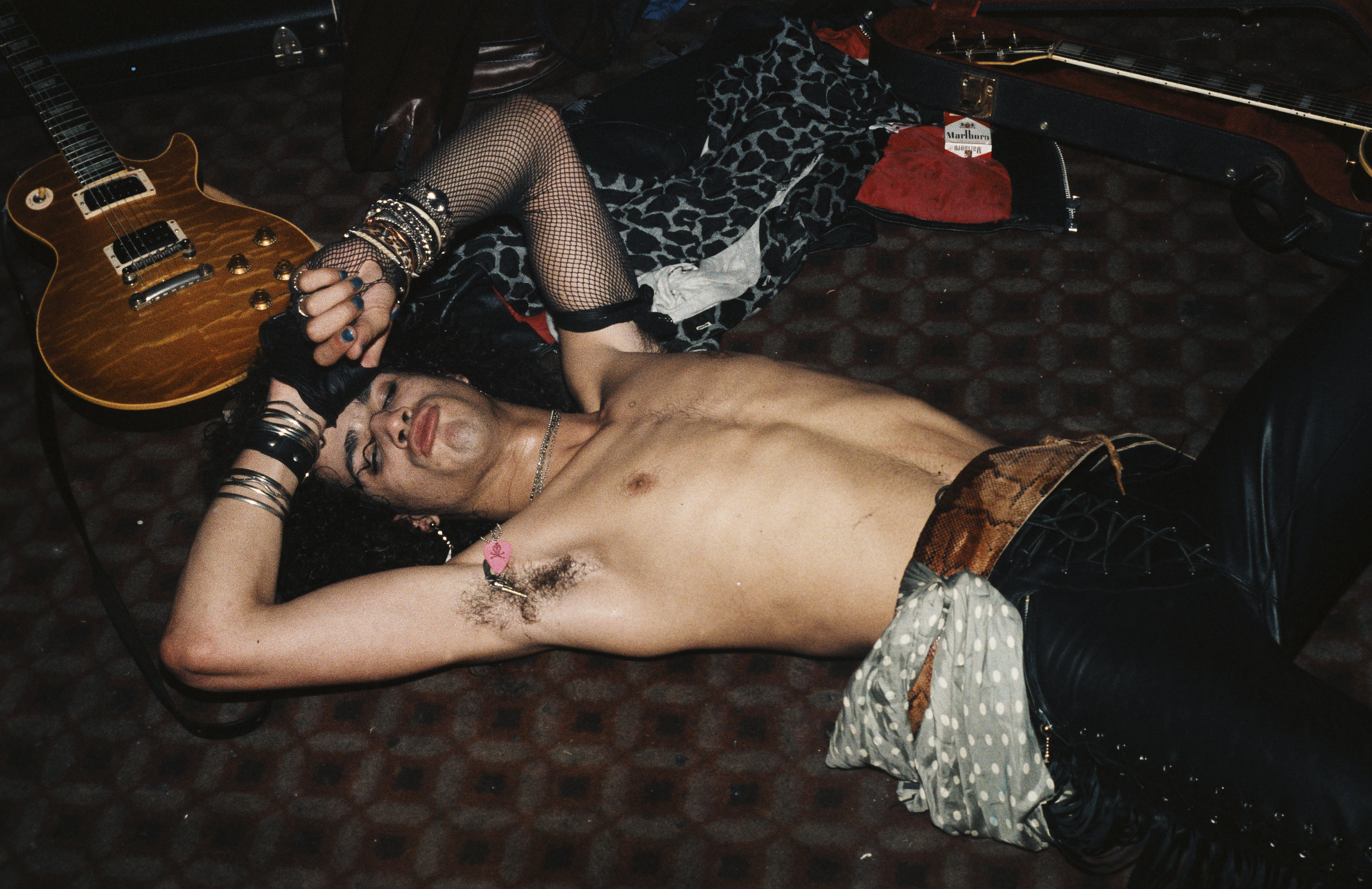 Six years before Slash kicked drugs and alcohol, he was diagnosed with cardiomyopathy, a form of congestive heart failure caused by his chronic substance abuse; at first he was given between six days and six weeks to live, but he recovered with the help of physical therapy and a defibrillator. His GNR bandmates had their own serious, addiction-related health issues: Drummer Steven Adler reportedly suffered 28 overdoses, along with two heart attacks and a stroke; guitarist Izzy Stradlin was in a coma for 96-hours; and bassist Duff McKagan nearly died from acute alcohol-induced pancreatitis.

And of course, Slash has seen many of his peers — including Scott Weiland, who fronted Slash and McKagan’s other side band, Velvet Revolver, from 2002 to 2008, and who died of an overdose in 2015 — suffer even worse consequence of their own addictions. He’s clearly  grateful that he didn’t meet a similar fate. 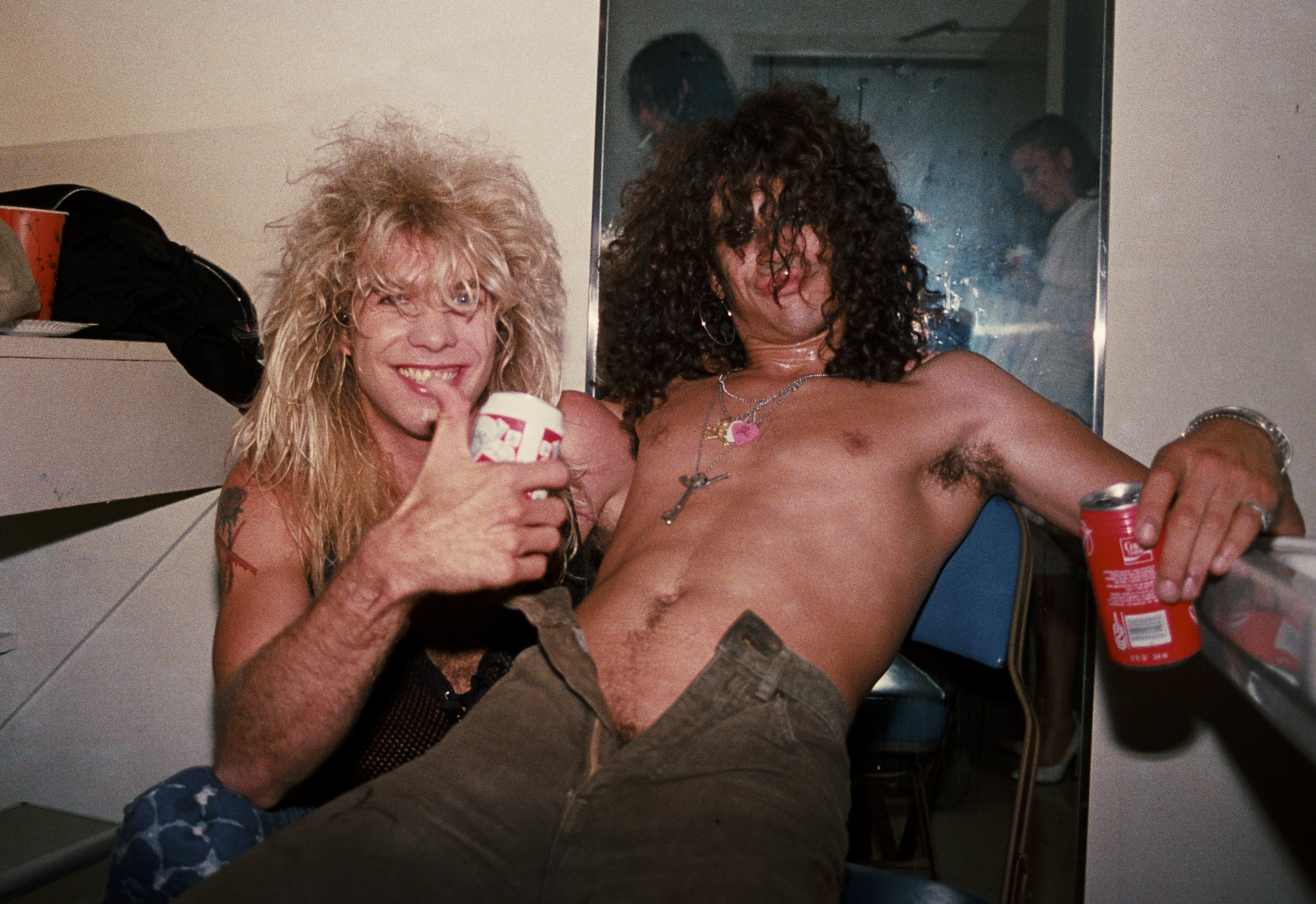 “I was fortunate. I didn’t die, and I didn’t go to prison,” he says. “Because that’s usually what happens with anybody who doesn’t come to terms with it at some point. So, I just finally really like, ‘I can’t do it anymore. It’s just I’m not getting anything out of it.’” Slash confesses he went on one last binge before getting sober for good — although he stresses, “I don’t think there’s ever a thing called ‘sober for good.’ You’re always practicing sobriety for as long as you possibly can.”

Slash recalls his behavior right up until he sought professional help. “I came to that decision when I had an ample supply of [drugs] sitting in front of me, and I had a date that I was going to put myself into rehab,” he reveals. “I just did what [drugs] I did until that date came, and checked into rehab. And haven’t done it since. And I haven’t really had the desire to do it. I haven’t been struggling with craving it, which is great.”

Slash credits his love for music and for his children for saving him. Of the latter, he says, “I had two kids, and I didn’t want their earliest memories of me to be this burned-out drug addict.” Of the former, he explains, “[Music] really was my driver, and I think it was really wanting to be able to put all my effort and time [in that instead]. Because you end up spending a lot of time copping, and getting loaded, and getting into a nice place where you can sort of write. And I think I just got sick and tired of f***ing around with all that stuff. I just wanted to get to music and get back to work.”

And Slash has done just that, not only with Guns N’ Roses’ hugely successful “Not in This Lifetime” reunion tour, but with his aptly titled new album with Kennedy and the Conspirators, Living the Dream. When he’s onstage with either band, it’s hard to believe he put his body through so much abuse, considering that he seems positively ageless, nearly unchanged since 1987. Slash claims he doesn’t adhere to any special health regimen, and just says, “I think I was really fortunate. I got out of the sort of half a gallon of vodka a day, and all the smack, just at a time [at age 41] where I was about to come out the other side in not such a good way. I try to be healthy. That’s the best I can do.”