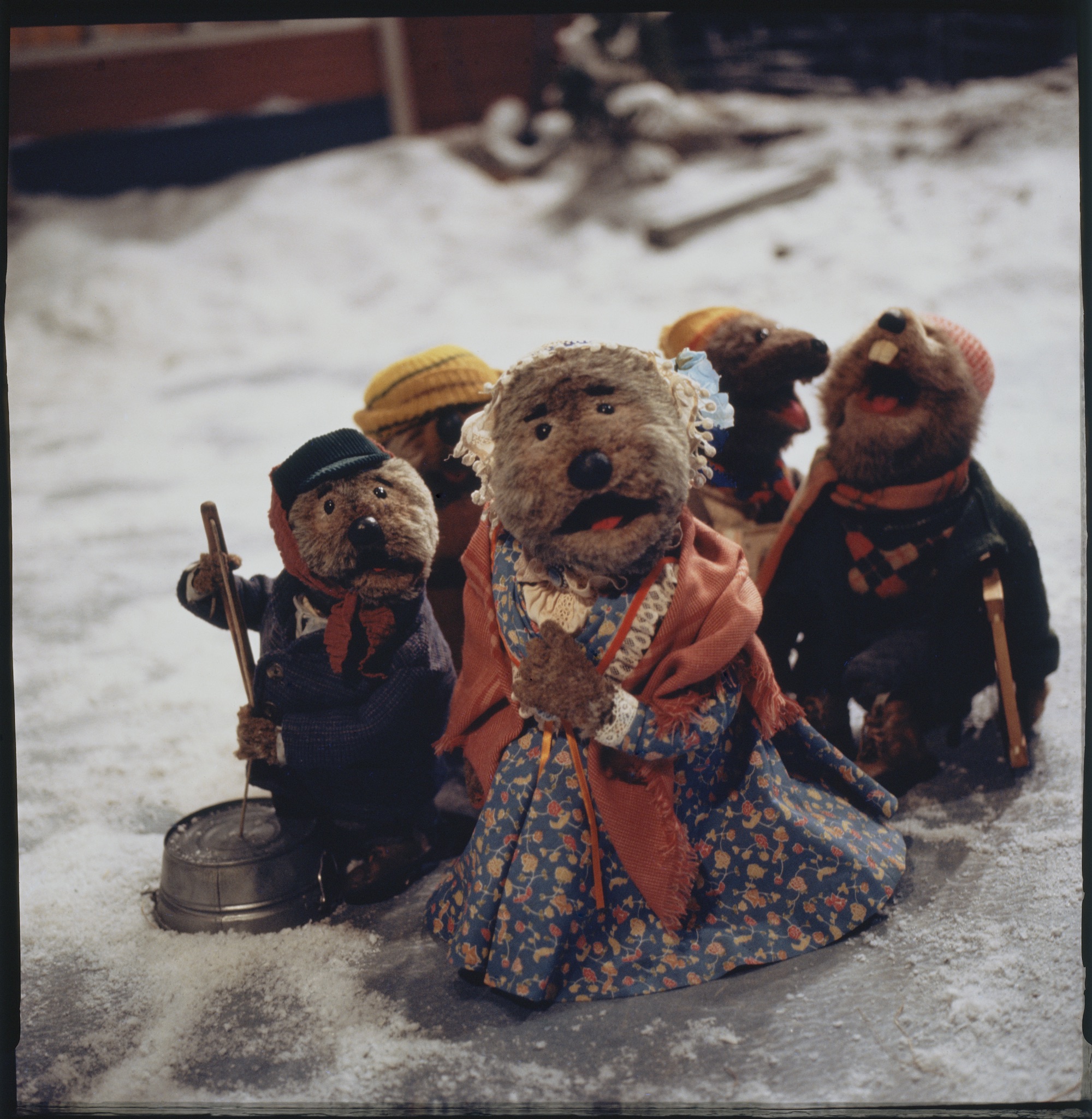 When songwriting legend Paul Williams met Muppets mastermind Jim Henson in 1976, after appearing on The Muppet Show, the fateful encounter led to a long and fruitful musical partnership, highlighted by Williams’s Oscar-nominated theme for The Muppet Movie, “Rainbow Connection.”

But it all started with the 1977 HBO cult classic Emmet Otter’s Jug-Band Christmas, which will be screened in theaters nationwide for the first time ever this month, on Dec. 9 and 16. And incredibly, Williams’s twangy Emmet Otter soundtrack has finally been officially released, just in time for this holiday season, with a previously unheard song, “Born in a Trunk,” that didn’t make it to air.

“It was such a wonderful, wonderful little thing to work on. A great story, a spiritual lesson, wrapped up in a children’s Christmas tale,” Williams tells Yahoo Entertainment. “It was the beginnings of a relationship that has lasted for decades and decades, and one of the great lucky breaks in my life.”

Tragically, Williams’s partnership with Jim Henson came to an unexpected end in 1990, when Henson died at age 53 from toxic shock syndrome — although Williams did work on another Jim Henson Company holiday production, The Muppet Christmas Carol, two years after Henson’s death. But in a poignant full-circle moment, Henson requested that one of Williams’s Emmet Otter ballads, “When the River Meets the Sea,” be played at his memorial, which was held at New York’s Cathedral of Saint John the Divine on May 21, 1990. Jerry Nelson — the actor who’d provided the original Emmet character’s voice, and had also reprised “When the River Meets the Sea” as the diminutive Muppet frog Robin on John Denver’s 1979 Christmas special — performed the song at Henson’s service as a duet with Louise Gold. (Nelson passed away in 2012.)

Recalling that sad day, Williams says the various Muppeteers who performed at the memorial “gave a sense of Jim still being there.” And it was perhaps the ultimate, if bittersweet, compliment to Williams’s songwriting that this Emmet Otter song and its beautiful, timeless sentiment had meant that much to Henson.

“I think it was in Jim’s instructions, that he wanted it in there. He had very carefully laid out what he wanted [at his memorial]. I’m sure when he wrote it out, he had no idea that it was going to happen as early and as quickly as it did. Which is an amazing loss. That song is a favorite, and the only thing that ever disappointed me about it is that it had to be played at Jim’s service,” Williams says somberly.

As for why Henson connected so much with “When the River Meets the Sea,” Williams speculates, “I think it’s the message: ‘When the mountain touches the valley/All the clouds are taught to fly/As our souls will leave this land most peacefully/Though our minds be filled with questions/In our hearts we’ll understand/When the river meets the sea/Like a flower that has blossomed/In the dry and barren sand/We are born and born again most gracefully.’

“My favorite line in the song is actually, ‘Like a baby when it is sleeping/In its loving mother’s arms/What a newborn baby dreams is a mystery/But his life will find a purpose/And in time he’ll understand/When the river meets the sea.’ I think that one of the common elements in the songs that I care most about, that I’ve written for Jim and for the Muppets, are songs that don’t have answers, but honor the question.”

Most of Williams’s Emmet Otter soundtrack memories are happier ones. He was already a longtime Henson fan, dating back to Henson’s puppet creations appearing on The Ed Sullivan Show, and it was a regular road ritual for Williams to watch Sesame Street when on tour. “It was the ’60s and early ’70s, and in those days, I was usually imbibing heavily and it was a little crazy,” says Williams, who has been sober for the past 28 years. “But you wake up in the morning and you’re watching Bert and Ernie, and there’s something calming, sort of an infusion of spiritual health and humor that you always got from the Muppets.”

Williams was therefore delighted when Henson offered him the Emmet Otter job — but he was also surprised, since the music he was writing at the time for the Carpenters and Three Dog Night was a far cry from the bluegrass/alt-country fare needed for a band of a shaggy, washtub-banging, banjo-strumming otters living in a rustic village called Frogtown Hollow.

“I had no real background in Americana; I wasn’t somebody that followed that kind of music. I mean, I liked Hank Williams and traditional country and the like, but none of these songs were right down the pike for me,” says Williams. However, the TV special’s Gift of the Magi-like story, based on a children’s book by Russell Hoban, inspired him immediately. “Those were the easiest songs I think I’ve ever written in my life. They poured out of me. I don’t think I ever had songs come out of me so quickly for a project. They sprang forth. At some point, you give yourself to the emotion that the story inspires, and sometimes you get really lucky.”

As for whether it was a challenge at all to pen original music for otters — or for puppets in general —Williams, who says Gonzo is his all-time favorite Muppet, emphatically says, “No, because the fact is they’re not puppetry. They’re not little furry bits of felt or whatever to me.” 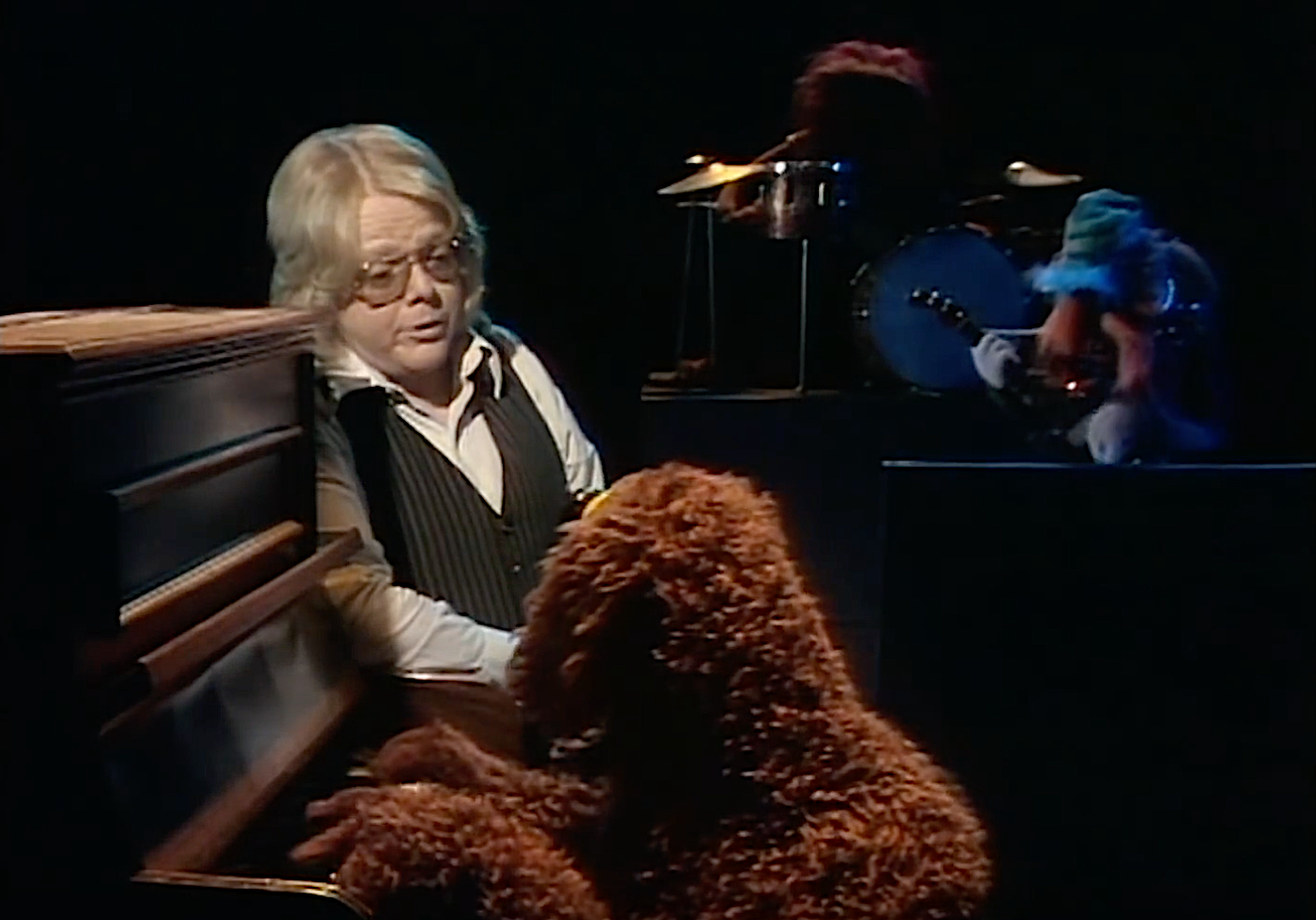 Paul Williams on The Muppet Show in the 1970s (Photo: ITV)

Williams was especially excited to dig into one scene featuring the soundtrack’s non-Americana anomaly, “Riverbottom Nightmare Band,” the eponymous, hard rock anti-authority anthem of Frogtown Hollow’s villainous biker gang. “’The Riverbottom Nightmare Band’ is every parent’s nightmare. I don’t know anything more fun than to write something like that,” he chuckles. While the psychedelic stomper evokes Black Sabbath and Edgar Winter (and a bit of the Muppets’ Dr. Teeth & the Electric Mayhem, for whom Williams has also composed), Williams had another inspiration.

“My favorite band ever, when I was in my late 20s, I saw a band at the Troubadour, called the Original Delaney & Bonnie. Oh my God, I love Delaney and Bonnie,” Williams gushes. “Their first album was called Accept No Substitute. They had Leon Russell on keyboard; they had at one point Eric Clapton playing guitar. It was very gospel-rock, so different from what I was writing — and listening to it, I just lit up.”

Williams, who reveals that he’s been writing recently with Portugal. The Man, adds: “Everybody assumes that I want to sit down and write that big ballad with some smooth group, but I want to write with the guys that scare me! I want a lot of angst and piercings! It’s interesting — my wife Mariana’s brother is Joe Escalante, the leader of the Vandals, a very successful punk band. And there’s part of me that keeps wanting Joe to please cover ‘Riverbottom Nightmare Band.’ Let me have the joy of hearing my brother-in-law’s band play that song!”

Despite his surprising interest in nasty hard rock and punk, Williams remains fond of Emmet Otter’s Jug-Band Christmas because of its sweet, holiday-appropriate message of sacrifice, togetherness and kindness. “I think one of the great commodities in this world is kindness; I’ll take all the kindness I can get, anytime, anywhere. And in every experience that I’ve had with Henson’s family, and with the Muppet performers, again and again and again, I felt that celestial brightness of spirit and that kindness that was Jim Henson,” he says.

And so, more than four decades later, Henson’s charming little Christmas parable about a family of underdog otters chasing their talent-show dreams is as heart-warming as ever. And Williams is grateful that its long-lost soundtrack — “one of my favorite things I’ve ever done” — is finally being heard by a wider audience and a new generation, just as Henson would have wanted.

“The people that loved Emmet Otter when it came out got married, had kids, and sat the kids down and said, ‘You’re going to watch this!’ It’s one of the reasons that I always said that the career that I have today — I lay it at the feet of the people that loved what I did in many, many years ago and passed it down. It’s exciting,” he says. “That creative spirit that we’re born with, somehow it gets tamped down or shoved out of us; something tells us that we can’t do this anymore. But Jim never, ever lost that. And more importantly, I think he activated that in his audience.”