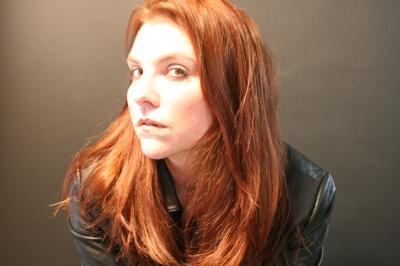 Until recently, Seattle’s Holly Figueroa O’Reilly was best known as a self-proclaimed “Grammy-losing songwriter” and the founder of the women-in-music organization Indiegrrl. But since O’Reilly took on Donald Trump under her snarky Twitter handle @AynRandPaulRyan, she has found a different sort of voice, even serving as a national organizer for last weekend’s March for Truth rallies. And O’Reilly refuses to have that voice silenced, launching a free-speech crusade — alongside lawyers Jameel Jaffer, Katie Fallow, and Alex Abdo, from the Knight First Amendment Institute at Columbia University — after Trump blocked her on Twitter last month.

Here’s the letter we sent to the president today.https://t.co/U8WK7U3sVU pic.twitter.com/sc7PVjpLHe

According to report by Time, O’Reilly’s attorneys argue that the president’s Twitter account is a “designated public form” and that his blocking followers “suppresses speech in a number of ways.” They sent a letter Tuesday to the White House requesting that Trump unblock O’Reilly and reportedly hundreds of other Twitter users, and they may file a lawsuit if Trump does not comply. (The White House did not respond to Yahoo Music’s request for comment.) This campaign went viral the following day, when O’Reilly’s passionate essay, “President Trump Is Violating My Constitutional Rights by Blocking Me on Twitter,” ran in the Washington Post. “Press secretary Sean Spicer said just yesterday that Trump’s tweets are considered ‘official statements by the president of the United States.’ When Trump blocks people for disagreeing with him, he isn’t just deciding not to hear our voices; he’s cutting us off from receiving these official statements,” O’Reilly wrote.

Hey! I wrote a little something for the .@washingtonpost about Trump blocking me on Twitter.https://t.co/yexLFmras0#WedesdayWisdom

O’Reilly may be politically active and aware, but the retired troubadour and mother of five (including one child with special needs) interestingly tells Yahoo Music, “I grew up Republican. Bill Clinton was my first election when I voted Democrat. I’m pretty moderate.” She adds with a chuckle, “I’m actually really moderate for living in Seattle!” In fact, in her Twitter bio, O’Reilly describes herself a “foul-mouthed moderate” — right next to the hashtags #MarchForTruth, #RESIST, and a brand-new one, #BlockedByTrump.

However, O’Reilly believes it’s important that all citizens, regardless of their political affiliations or beliefs, are able to freely access the president’s tweets. In this exclusive interview with Yahoo Music, she discusses why Trump has set a dangerous precedent with his social media discrimination, how other musicians and artists are leading the resistance, and if she’d ever run for office herself.

Yahoo Music: So how did your “Twitter war” with Trump start?
Holly Figueroa O’Reilly: After the election, a lot of us were devastated and really upset, because we thought it was not going to go that way. So right afterwards, I started reply to his tweets — not all of them, but the ones that were especially dumb. I would just tweet dumb things myself underneath, at first, like, “Shut the f*** up. Stop talking. You’re not smart, you’re not helping yourself. Just stop tweeting, you’re bad at it!” At first he was just tweeting stuff like, “Ha ha, I won,” that kind of thing, but then his tweets became more problematic, so then I would reply [more seriously], with factual information and links to things that said exactly the opposite of what he was tweeting. And it kind of went from there.

And what was your tweet that broke the president’s back, so to speak? What made him block you?
The one that was the clincher was when Trump was overseas and met with the pope, and the pope was obviously not enthralled with his presence and was giving him a dirty look. I joked about that. That was literally it. That was the one that threw him over the edge. Right after that, I was blocked.

How did you realize you’d been blocked?
I tweeted that in the morning, and I went about my day. Usually my phone would go off any time Trump tweeted, because I had notifications set up, so I thought, “He’s being especially quiet today!” When I got back to my computer later, I found out that a bunch of other people had been blocked, people who usually rose to the top of his comments. I realized maybe I’d been blocked too — and lo and behold, I had.

If you’re so distressed over Trump, why would you have alerts set up to notify you every time he tweets? I imagine that would be stressful.
Because he’s the president! I wanted to know what he was saying! I mean, he doesn’t give press conferences. He doesn’t talk to the media. The only information we get out of the White House is when the president tweets — and from Sean Spicer, but nobody takes him seriously.

So why do you feel that Trump’s blocking you is illegal?
Look, I block people all the time. It’s not unconstitutional. At first I just laughed about it, because it seemed stupid: “The president of the United States has blocked me on Twitter!” It sounds ridiculous. It sounds like a nonissue. But then you look at it like, there are hundreds of people who have been blocked because of their political views. That’s different from just one person being blocked because they’re obnoxious.

When you have elected officials blocking you — people that are supposed to be serving you — and that is their main way of corresponding with the public and you can’t see [what they’re saying], that is like having a town hall meeting and somebody closes the door and you don’t get to go in, just because you don’t agree with the person speaking. It’s not just about me. It’s unconstitutional when he blocks every dissenter who could possibly give a different opinion from the one he has. It’s not just, “Trump blocked you; stop crying, you stupid liberal!” It’s like, “Trump blocked you; you don’t get to participate in democracy the way everybody else does.”

Look at it this way: When FDR did his fireside chats, he was the first radio president. He took control of that medium and made it his own. Nobody else had done that, people were not used to it, and some people gave him a hard time for it, but it was a big thing. Kennedy was the first TV president, and he used that medium to his advantage against Nixon in the debate. And then you’ve got Trump. He’s the “tweeter in chief.” He’s using that medium. That’s why it’s so important that people do not get edged out just because they dissent. It’s like FDR coming to your house and taking your radio away and saying, “Nope, you don’t agree with me, so you don’t get to listen.”

So why did you decide to start this crusade to get Trump to unblock followers?
I didn’t. The Knight Institute found me — on Twitter, ironically — and asked me if I wanted to join in a potential lawsuit. Right now it’s just a letter to the president; if he doesn’t respond and unblock all of us, then it could potentially be a lawsuit. … We’re hoping that he does the right thing. Barring that, we’ll figure it out from there.

I understand you have a 13-year-old autistic son. I imagine you had a very strong reaction to Trump’s mocking of disabled reporter Serge F. Kovaleski last year.
That was it for me. That was it. I knew I wasn’t going to vote for Trump, because he proved himself to be the worst possible choice very early on. When he mocked that reporter, that was devastating to me and a lot of people in my circle who have autistic children. We just couldn’t believe it. And then match that against Hillary’s plan for autistic children who’ve aged out of the system — it breaks my heart to even think about it, because it would have been so helpful to so many people. And there is no such plan with the Trump administration. There’s not much of a plan for anything with the Trump administration.

You have more than 77,000 Twitter followers now. Were you active on Twitter in the pre-Trump era?
I had this Twitter account during the 2012 election, and I tweeted once in a while. But I had maybe 100 or 200 followers. I didn’t feel as engaged, or the need to be as engaged — and I guess I should have.

There’s a school of thought that in times of political and social turmoil, great art and great music is the result — and that that’s the silver lining to all this. As a musician, do you agree? Do you anticipate a renaissance of politically inspired art?
I think it’s already happening. Like, during the ‘60s, there was a renaissance, a revolution. There were songs written about revolution. And then, during the ‘80s, during Thatcher, there was definitely that. And now, I think musicians and actors have taken the lead on the resistance already. It’s only been six months, and you can see it everywhere. It’s all over Twitter; it’s at the awards shows where people are making statements.

What about you? Are you creating any politically charged music yourself?
Well, I lost my voice a few years ago [due to rheumatalogical illnesses], so I’m not able to sing anymore. I’m a singer-songwriter, emphasis on singer, and I only write songs if I can sing them myself. So that’s over. It’s done.

I am sorry to hear that. But at the risk of sounding cheesy, it seems you have found your voice again — albeit in a different way, on Twitter. Would you ever consider a second-act career in politics? Maybe run for office someday?
I think the grass-roots organization thing is more my speed [than being an elected official]. I’m too mouthy to run for office. I’m too opinionated. I don’t think people would appreciate my four-letter words.