Twenty-five years ago, an act that Ed McMahon awkwardly called a “hip-hop rappin’” group called Girl’s Tyme competed on Star Search, and lost out to hairy rock band Skeleton Crew’s flawless four-star score. Skeleton Crew didn’t actually go on to become stars, but they recently graciously told People, “Skeleton Crew will remain a footnote in the career of Beyoncé. … This is Beyoncé’s story, and obviously our ‘destiny’ was to play a part in it.”

Why? Because Girl’s Tyme went on to become one of the most successful girl groups of all time, Destiny’s Child.

In 2013, Beyoncé used a snippet of audio from Girl’s Tyme’s Star Search performance, including the traumatic announcement that they had lost. In a video interview titled “Perfection” accompanying the release of her surprise self-album, Beyoncé actually described the defeat as “a defining moment of my childhood.”

Rowland, sitting with Yahoo at a Boys & Girls Club in Long Beach, Calif. (where she is partnering with the organization and Lowe’s for “Renovation Across the Nation,” an initiative that awards grants to renovate a club in each of the 50 states), also recalls the incident as one of the most traumatic of her own girlhood. She was only 12 years old at the time, but she was already convinced that her career was ruined.

“I was standing there, waiting for our score, and when they’re like, ‘Three stars,’ and they’re like, ‘Skeleton Crew gets four stars,’ we were like, ‘This is over,’” she laughs. “I think that’s what we were thinking: ‘This is over!’ And then the curtain came in front of us, and we cried. Cried, cried so hard. We were so heartbroken! We thought that was the end of it all.”

Girl’s Tyme were actually in good company: Other future pop stars who competed on the show and lost include Justin Timberlake, Britney Spears, Usher, Aaliyah, Christina Aguilera, Alanis Morissette, and LeAnn Rimes. Now, Rowland says the Star Search experience was a “really great learning curve.” And obviously her fears were totally unfounded. She went on to a long career — with Destiny’s Child, as a solo artist, and, ironically, as a judge/coach on two Star Search-like TV talent shows, The X Factor and The Voice Australia.

Now Rowland is about to release a new solo album, which she says will be “the most authentic I’ve been on a record,” after taking a five-year break to focus on her son Titan, who was born in November 2014. “I just wanted to be a mom in a moment. And then I was back in the studio, and falling in love with music all over again,” she says. “And now I’m ready, because I know exactly what I want to say.”

However, over the years, Rowland has reunited with Destiny’s Child — most recently this past April at Beyoncé’s historic Coachella performance. The Empire Polo Field positively erupted when Rowland and her bandmate Michelle Williams showed up to sing “Lose My Breath,” “Say My Name,” and “Soldier,” but Rowland admits the entire experience was a blur. “Do you know, I didn’t hear anything, because my ear monitors were in!” she chuckles. “And I remember coming off the stage, and I asked Tasha, my assistant, I said, ‘Did they like it?’ She goes, ‘What? What? Did they like it? Do you know what just happened?’ But I was so happy [when I realized later] that people loved it.” 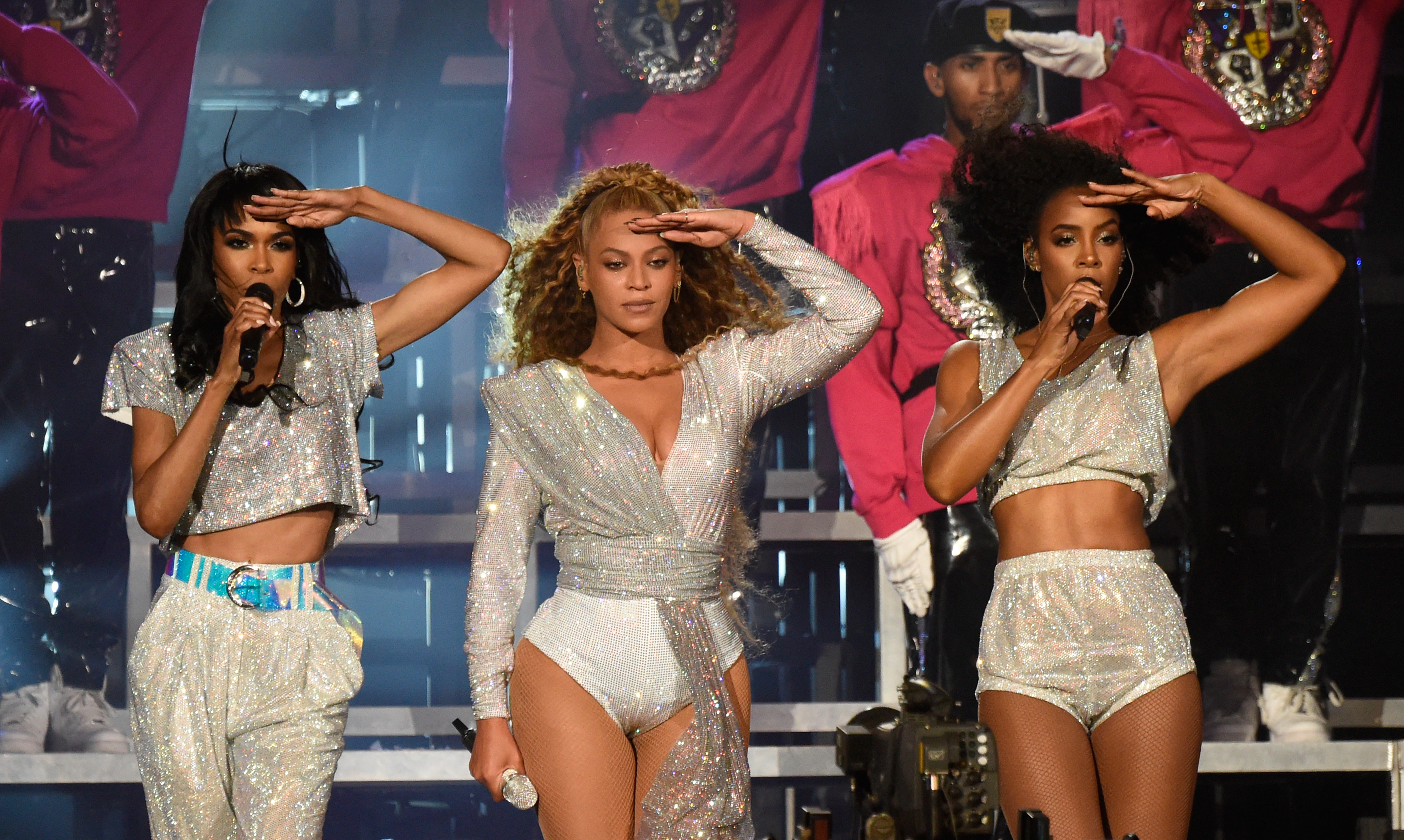 The Coachella cameo of course had fans wondering if Destiny’s Child might reunite in a bigger way down the road — perhaps they could stage a Girl’s Tyme reunion to celebrate the 25th anniversary of Star Search? But Rowland no such plans are currently in the works. “We haven’t really talked about it. Michelle’s gearing up for a show with her and her fiancé, and B’s still on tour and gearing up for a project.” However, she says she, Beyoncé, and Williams “very much keep close in contact, and love on each other from afar, and close by too.”

Sitting at the Boys & Girls Club, Rowland gets nostalgic, stressing that it was the support of her family and social network that helped her overcome the Star Search setback and persevere. And there was another old-school TV show, Amen, that inspired her. “Every time the show would come on, my mom would make me sing [the theme song] so loud, because she wanted me to be aware of my voice, and to be confident in that as well, and to be able to sing on the spot. She just really believed. So you have to have people around you like that,” laughs Rowland, adding: “The common thread is the fact that we all have dreams. We all have things that we picture ourselves doing when we’re older. But we also need people around us who sow into our lives and tell us, ‘You can do this. Let’s try this.’ Sowing into your greatness. I think that’s important. And that’s what we do [at the Boys & Girls Club].”