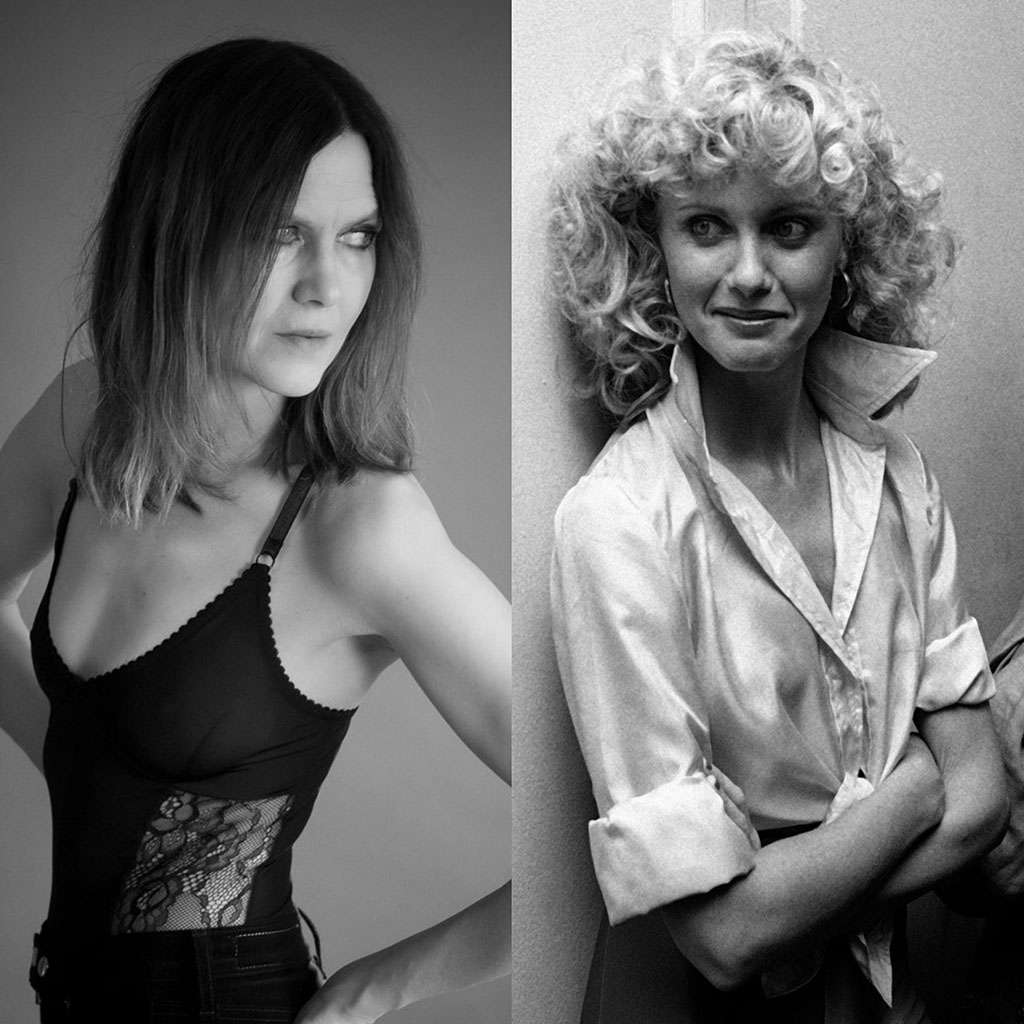 When indie icon Juliana Hatfield was growing up, she was, like every other little girl in the 1970s, obsessed with Grease. But her hopeless devotion to the film’s superstar Olivia Newton-John went far beyond that. She honestly loved her. “Her music never really lost its appeal for me,” Hatfield tells Yahoo Entertainment. “She was always kind of in the back of my mind. She’s been a thread running through my life.”

So, when Newton-John’s breast cancer (which the Australian singer has battled on and off since 1992) returned recently, a “concerned and sad” Hatfield felt she needed to “do something to show my appreciation and to share my love for her music.” The result was her self-deprecatingly self-declared “pretty self-indulgent” covers record, Juliana Hatfield Sings Olivia Newton-John, which is actually one of the best albums of 2018. One dollar from the sale of every album goes to the Olivia Newton-John Cancer Wellness & Research Centre.

A huge thank you to The Juliana Hatfield Three for her generous donation to my Olivia Newton-John Cancer Wellness & Research Centre from the sales of her tribute CD of my music. So appreciate your talent and thoughtfulness Juliana!
With love and… https://t.co/Gq3pQrHyOf

“I was hoping that this album would make people revisit her and reappreciate [Newton-John],” Hatfield explains. “I mean, sure, some people appreciate her and give her credit for being really talented and enduring, but I definitely think she’s underrated as a singer. There’s this condescending attitude toward her sometimes, and it really bugs me. Just people think of her as a cupcake or just this sweet confection, as if she hasn’t had a decades-long body of really substantial work, you know? She’s a very hard-working, talented singer and actress.” It’s understandable that Hatfield would relate to Newton-John’s “simplicity and innocence.” When Hatfield was coming up in the 1990s’ alt-rock era, the music press often made her out to be a “cupcake” herself, a virginal goody-goody not unlike Newton-John’s (pre-makeover) Grease heroine, Sandy. “I definitely identified with the clean, innocence/purity side of Olivia’s image, because I felt like I was kind of [like that]. All around me, my peers were doing drugs and having lots of sex … and people in bands were living dangerously compared to me. And I always felt like I was a little bit of an outcast, because I wasn’t doing those things,” Hatfield muses. “I wasn’t reckless. I was always asking myself, ‘Am I missing out by not taking part in these things that everyone else is doing? Should I try to do these things that make me uncomfortable?’ That was always something that I was struggling with. So, I did definitely identify with the character of Sandy.” Hatfield admits that the finale of Grease, when Sandy “sluts herself up to get the guy in the end,” is “complicated and problematic now, looking back at it.” But in a personal essay for Tidal, she writes, “Olivia’s sexuality is non-threatening. There’s no danger. It’s a goof, with a wink. She makes it OK for everyone; it is not serious. It’s camp. The sexed-up pop tart, the bad-girl cliché, these are just roles girls play. It’s not real. Or it’s not the whole picture.” Hatfield jokingly tells Yahoo Entertainment she never went through a “sexy period” in her own career, but she didn’t shy away from the sexier songs in Newton-John’s catalog, like “Make a Move on Me” and “Physical.” However, she still seems to be in “Sandy” mode: In a statement accompanying her “Physical” music video, she says, “‘Physical’ is a groovy, bouncy song, but my take on it is darker, more aggro, because I don’t think of lust as fun or funny; I think it’s dangerous and disruptive and mostly unwelcome. So that is my interpretation of ‘Physical’: The human condition is a bummer, and desire a frustrating impediment to serenity. My visual take on the song is not as conceptual as Olivia’s 1981 colorful workout video. Mine is more of an impressionistic exploration of my own awkward and self-conscious physicality.” However, it’s during another sultry Newton-John song, the title track from Totally Hot (the rock-ish 1978 album on which Newton-John posed in Grease-reminiscent black leather), that Hatfield takes the most artistic liberties — and it’s the best moment on Juliana Hatfield Sings Olivia Newton-John, with Hatfield turning the “little bit goofy, little bit white-funky, little bit hammy” original into something cooler, scrappier and edgier. Another Totally Hot track, “Dancing ’Round and ’Round,” also undergoes a radical transformation: “We made it a lot faster. We made that one into, like, a Ramones version of a slow ballad.”

One song Hatfield considered doing was “Suddenly,” Newton-John’s Xanadu duet with Cliff Richard, but she decided against it — not only because “there’s a million chords in that song and it’s just very tricky to get the groove right,” but also because she couldn’t come up with a proper person to fill the Richard role. “I was going to have to figure out, ‘Who can I ask to sing on this, and who will say yes?’ It’s like, a bold thing. It would have to be a special kind of person who would sing that song with me, someone who’s very confident with his [masculinity]. … I will tell you that in the small handful of people I was thinking about, I was thinking of maybe doing it as a duet with a woman.” Hatfield hasn’t ruled out recording “Suddenly” in the future, possibly with a female artist. Which raises the question: Has there been any talk of her collaborating with Olivia Newton-John herself? “Talk among my friends, yes,” Hatfield laughs dismissively. But Newton-John has given Hatfield’s tribute album her stamp of approval. “She was aware of it and she tweeted a couple times about it, just putting the word out and thanking me. She was so gracious to do that,” Hatfield marvels.

Very flattered that Juliana recorded this cd of my music!
Great job!! Juliana Thank you!!… https://t.co/Ki5KZO1m9a

Juliana Hatfield Sings Olivia Newton-John follows Hatfield’s 2017 effort Pussycat, an incendiary album inspired by the Trump administration, and Hatfield says this latest project was the perfect post-Pussycat palate-cleanser. “I think that I needed to do something to shake off the Pussycat vibe, because that was a very dark, and angry, and disgusted, and frustrated, and sad album. And I, like so many millions of other people, was so caught up in all of that during the lead-up to the presidential election. I needed to go toward the light after being down in the muck of the real American world. I needed to do something that would bring me up out of the muck, into the light. To me, that’s what Olivia Newton-John does for me. It pulls me back up to the good place. … It’s just a very likable and pleasurable sonic experience. The sound and quality of her voice affects me in a very inexplicable way, like eating something that tastes really good. It has an immediate, pleasurable effect on my being.”

Hatfield’s next album of originals, Weird, comes out Jan. 18. So, will Weird be influenced by Juliana Hatfield Sings Olivia Newton-John? “I think everything I do is influenced by my love for Olivia Newton-John,” Hatfield answers. “She has an authenticity and a humility that you don’t always see in every megastar. Yeah, she put on the costumes and the hair and makeup and all that jazz, but she was never pushing it too hard. It seemed like she always had this sort of quiet confidence in who she was, and she didn’t have to pretend to be anything that she wasn’t. I will always respond to that in some way.”