Inside the Splintered Mind of Gary Numan 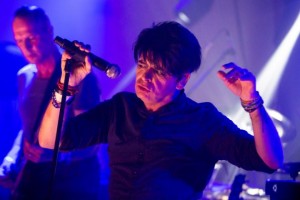 Gary Numan is a bona fide synth-rock pioneer and the artist behind “Cars,” one the biggest and most beloved new wave hits of all time. His critically acclaimed 12th studio album, “Splinter (Songs from a Broken Mind),” is his highest-charting release since 1983. But you wouldn’t know any of that from talking to the man, who remains as humble — and unsure of himself — as the day he accidentally stumbled upon his first synthesizer in the late 1970s.

“It’s lovely when you read [good reviews], but the way you feel about yourself doesn’t change. I’m still nervous now going into a studio — just anxious that you’re going to be able to come up with it again and again and again, that the songs are going to be good enough,” he tells Yahoo Music. “I’ve been doing this 35 years; you’d think I’d get used to it by now. So all of these lovely things that are said, as much as I appreciate them and it’s nice to hear as a person, my insecurities are intact. And that doesn’t look as if it’s ever going to change.”

Ironically, it was Numan’s neuroses that helped him create what many are heralding as a comeback masterpiece, since “Splinter” was inspired by his recent battle with depression.

“Around 2008-2009, I got dark. I was having really weird things going on,” he reveals. “My wife had post-natal depression after our second baby, which continued through to the third, so she was different. That affected me quite badly. And I had a massive falling-out with my mum and dad; we’d been close for my whole life, and then all of a sudden, it just fell apart in a day. Unbelievable. 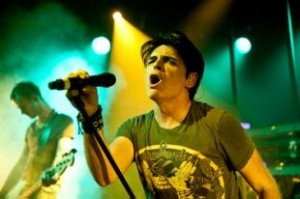 Numan struggled to get back on track, even with treatment. “In a way, the treatment for depression is just as dangerous, because the thing about depression is you’ve got no drive. It sort of sucks your life energy away,” he says. “The cure puts you in a permanent state of ‘I don’t care about anything, I’m just having a great time.’ You don’t care, so you don’t want to do anything, either. I think it was four years that I didn’t write a single song, four years that I didn’t care. Career was fading away, marriage was in trouble, just horrible, horrible — but you don’t care, because you’re taking these pills and everything is just all right.

“I was lucky; I had lovely people around me that saw it and were able to eventually get through to me. So you back out and you come back to normal life again. But when that happened and I started to write again, and I wrote about depression, because that was the thing that was most in my mind at the time.”

Now that “Splinter” is finally out, Numan is trying to enjoy the accolades, even though proclamations of his “renaissance” or “comeback” perplex him. 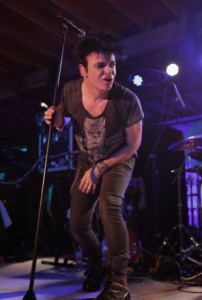 Numan admits, however, that it’s still difficult for him to settle into a positive mindset. “My wife goes mental with me. Something really good happens and instead of just enjoying the moment, I go, ‘What about next week, what about the next album, what do I do now?’ She says I’m one of those glass-half-empty people. And I don’t want to be like that; I want to enjoy life and have fun. When something good happens, I want to be able to just really have fun with it and say, ‘Hey, isn’t this great?’ Not go, ‘Oh, now what?’ Because that’s what I do. Pathetic, really.

“With ‘Splinter,’ I was so worried about it and it got in the chart in Britain and it was all great, and I should have been bouncing about, but I was worrying, my usual thing. And [my wife] got really upset, and it really hit home to me actually how miserable a person I must be at times to be around.”

“There’s another part of me that’s got three little children and goes to the beach and goes to Disneyland, that’s married and very happy,” he stresses. “I’m [trying to be] glass-half-full now … Part of the reason I moved to America [from England] is because I wanted to get as much out of the days I’ve got left. I sound like I’m 100! I got sick to death of sitting in the rain and your life is ticking away and you’re doing nothing with it, so I came here to get more out of life. So this whole glass-half-empty thing is all going to be a part of that. I’ve got to swing it around.”

Overall, Numan is in a good place nowadays, literally and spiritually, and is feeling “brilliant, actually. I’ve always been very moody, up and down … I’ve always been ‘problematic,’ as they say, but I’ve come out of depression and I’m less so now. I might not give that impression because the way I’ve been talking!” he adds with a laugh. “It’s still there, but much less extreme than it was before, so I’m probably better now than I’ve ever been.”