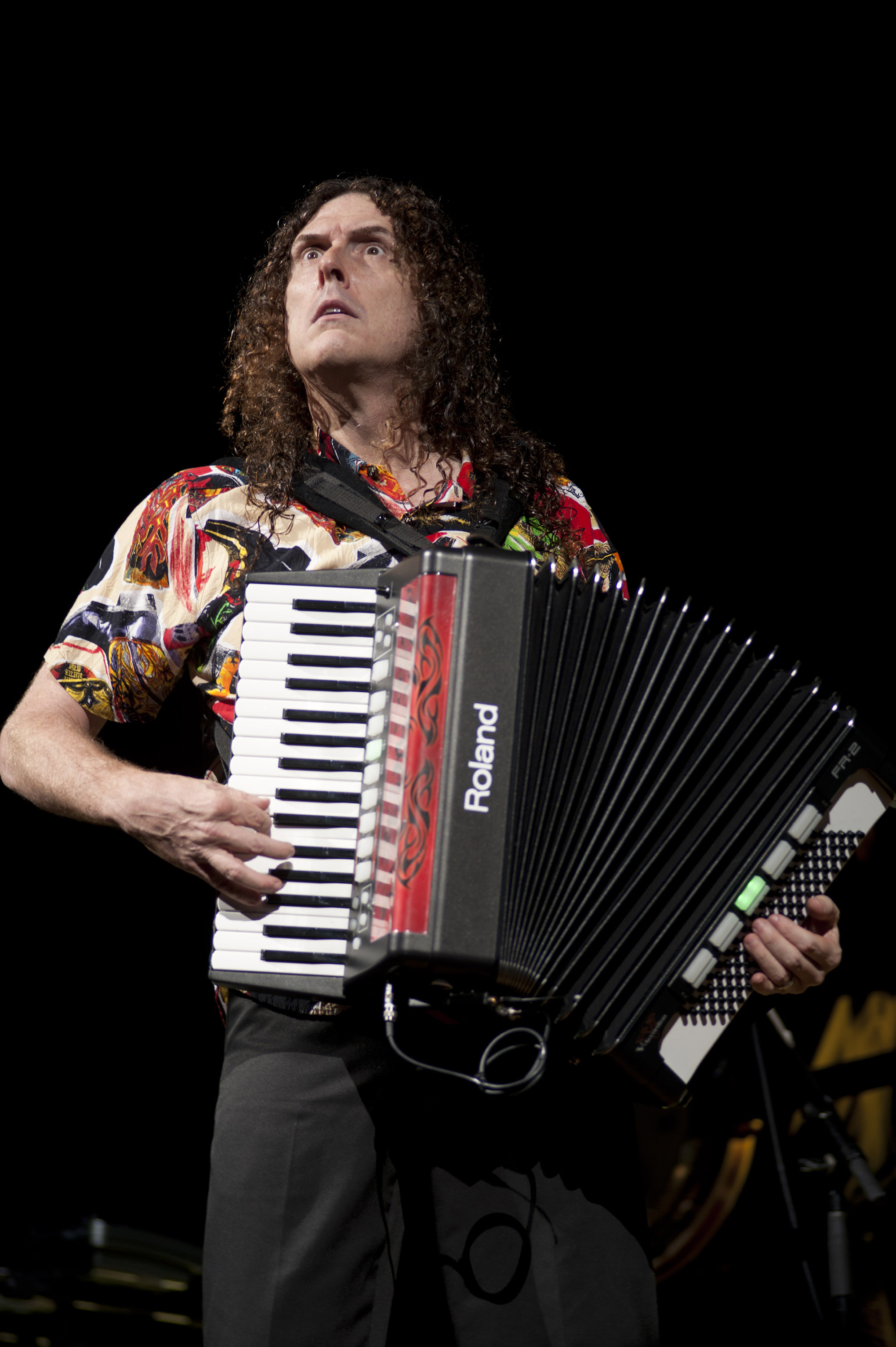 “Weird Al” Yankovic is known for his hilarious parody songs and G-rated, family-friendly fare, but one of his greatest recordings — and one of the greatest anti-Valentine’s anthems ever — is an original song, “One More Minute.” And it’s probably the only “Weird Al” song that, incredibly, was censored by network television.

“That came from a pretty honest place, because I wrote that song right after the woman that I’d been dating had broken up with me. I was just about to start writing an album, and I was not feeling funny,” Yankovic tells Yahoo Entertainment and Sirius XM’s Volume. (Editor’s note: “One More Minute” is very, very funny.) “I was like, ‘Hmm, maybe I’ll just take all my bitterness and resentment, and channel it into this one song.’”

The resulting bitter ballad featured many classic kiss-off lines, with Al declaring that he would rather “spend eternity eating shards of broken glass,” “rip out [his] intestines with a fork,” have his “blood sucked out by leeches,” “dive into a swimming pool filled with double-edged razorblades” or “get a 100,000 paper cuts on [his] face” than spend one more minute with his ex. But it was a certain particularly nasty line — “I’d rather clean out all the bathrooms in Grand Central Station with my tongue than spend one more minute with you” — that got beeped out by Dick Clark and ABC.

“I’ll tell you a funny story about that particular line,” says Yankovic. “I played that song on a Dick Clark special, Dick Clark’s Rock ‘N’ Roll Summer Action, one of those primetime rock ‘n’ roll shows  in the ’80s … and for that particular line, after we had already shot it, two weeks later the censors, the network, called up and said, ‘We ran this by Standards and Practices, and we can’t have that line in the show.’ I said, ‘Well, we already shot it. What do you want me to do about it?’ They said, ‘We’re going to have to censor it. We just wanted to let you know.’ I said, ‘Well, do what you gotta do, I guess.’

“Then I watched it on TV, on the broadcast — because that’s what you did back then. You didn’t DVR it, you actually had to watch it when it aired. I see the performance and that line comes up, and it goes, ‘I’d rather clean all the bathrooms in Grand Central Station with my BEEEEEEP!!!!!’” (Watch the uncensored, home-VHS version below.)

Obviously, viewers with active imaginations probably assumed that line was way racier than it  was. Thankfully, Yankovic survived any potential scandal, and 34 years later, his career is stronger than ever. He’s even embarking this summer on his “Strings Attached” tour, for which he will be accompanied by a full symphony. “You can’t really appreciate the subtle nuances of songs like ‘Amish Paradise’ unless you hear it with an 85-piece orchestra,” he notes.

As for his longevity, he says, “I’m still amazed that people aren’t completely sick of me. … There’s no accounting for it. I’m just grateful that I’ve been able to eke out a career all these years.” Yankovic even just expanded career by picking up his fifth Grammy, this one for his Best Packaging for his limited-edition, accordion-shaped box set Squeeze Box. “Yeah, that’s right. I’ve been putting in my time as a recording artist for four decades or so, and I figured it’s about time that I go toward my true goal, which is being an art director,” he chuckles.

Yankovic’s latest onscreen endeavor was popping up in the music video for Weezer’s “Africa” cover, but years ago, there was another minor Yankovic scandal of sorts that involved Rivers Cuomo and company. “Back in the ’90s, I had a polka medley, and I wanted to include ‘Buddy Holly’ by Weezer,” Al recalls. “There must have been some kind of mixed messages, because I was told at the time that they were OK with it, but then after we recorded, we heard back and they said, ‘No, no, you can’t use this,’ so we had to take it out at the last minute. That was sort of a bummer for a while. I’ve become friends with the guys in Weezer over the last couple of years, and Rivers sent me a nice text saying, ‘Hey, sorry about the whole Buddy Holly thing.’”

Yankovic is obviously having the last laugh over the mystery woman who inspired “One More Minute” (which will surely sound even more epically wrathfully with orchestral accompaniment). He’s been happily married since 2001, he just received a star on the Hollywood Walk of Fame, and after this year’s poorly received Super Bowl halftime show by Maroon 5, a long-running petition to have the Grammy-winner play Super Bowl 54 is recirculating. (“I have a sneaking suspicion I’m just never going to be on the NFL shortlist,” Yankovic quips.)

All this raises the questions: Did that ex-girlfriend ever hear “One More Minute” and know it was about her? And if so, how did she react?

“Oddly enough, I haven’t spoken to her lately!” Yankovic chuckles.

Full audio of this conversation is available on demand via the SiriusXM app, on Volume channel 106.