K-pop is bigger than ever — but so far, mainstream media attention in the U.S. has been focused on boy bands like NCT 127, Monsta X, and especially Time magazine cover-story sensations BTS. Tiffany Young could change all that.

Of course, Young is hardly a newcomer to the genre: For more than 10 years, she’s been a core member of the internationally massive all-female K-pop collective Girls’ Generation, one of the best-selling artists in South Korea and one of South Korea’s most popular girl groups internationally. But now, with the full-scale stateside launch of her solo career, she’s leading the U.S. invasion of female K-pop stars, along with her Girls’ Generation bandmate Yuri, girl groups Red Velvet and Black Pink, and Wonder Girls’ Sunmi. Last week, Young was even the first female K-pop star to walk the American Music Awards’ red carpet. 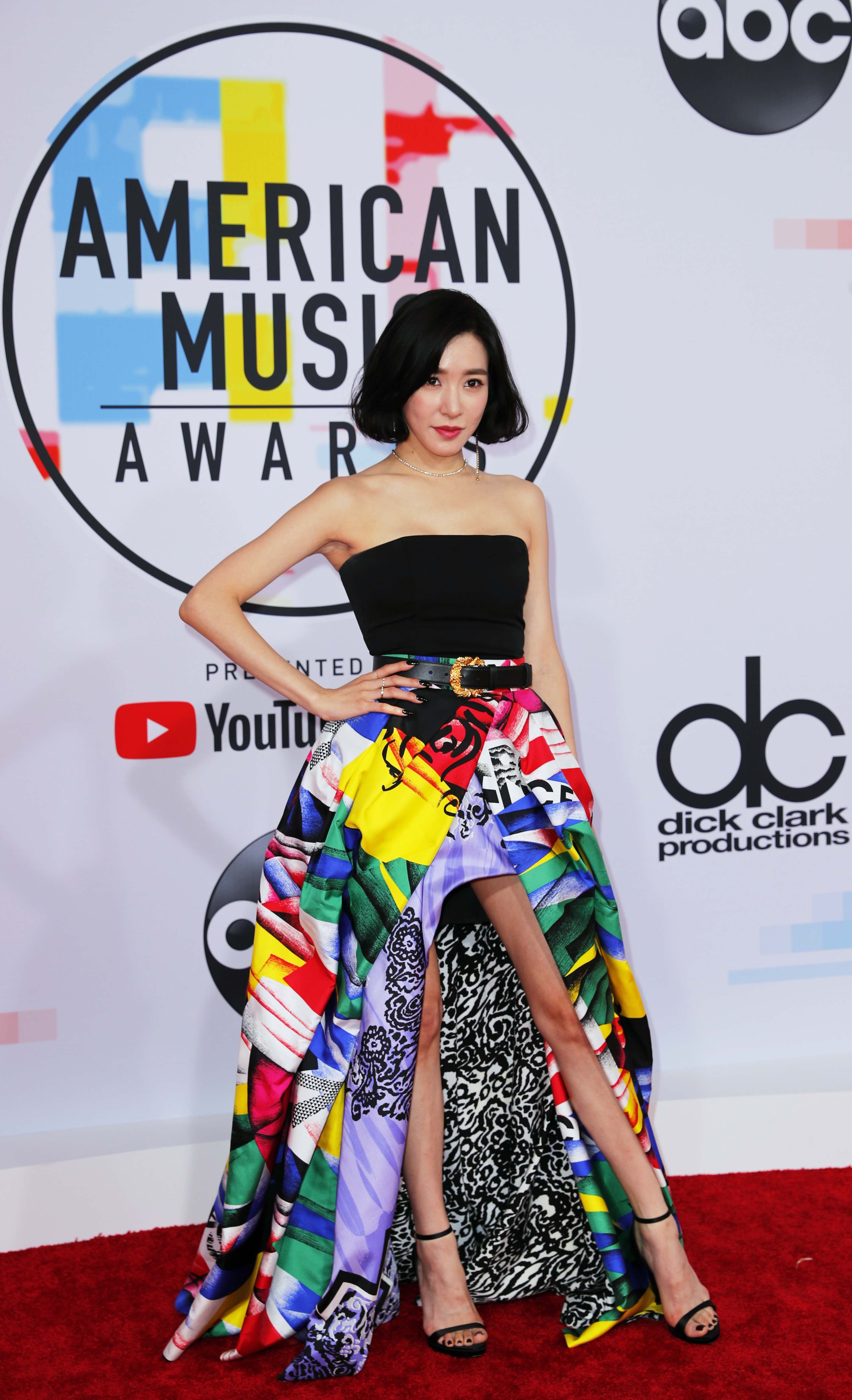 Young is also blazing trails as the first Asian-American spokesperson to serve as U.S. global ambassador for fast-fashion chain H&M, and she’s thrilled to be part of an exciting era in pop culture for Asian and Asian-American performers. “It’s an amazing time,” she says. “I’ve been so inspired by all the amazing Asian-American/Asian talent, artists, writers, directors, all of the above. Representation is so important. Growing up, I didn’t get to see that. It wasn’t too common. … I’m proud to even be a part of something so amazing. And I hope it inspires lots of young new fans.”

Though Young was born and raised in California, her career began in South Korea. Three weeks after she was scouted via a local singing contest by the South Korean agency SM Entertainment at age 15, she moved by herself to South Korea, where she underwent two years of training and eventually debuted as a member of Girls’ Generation and later its spinoff trio, TTS.

“I saw the business card and the logo of SM Entertainment, who had BoA, who is still my idol,” Young recalls, referring to the South Korean singer, dancer, composer, and actress who is widely considered as the queen of K-pop. “And I was like, ‘This is it!’ I love [BoA] and her music, and I want to be just like her. I have to go straight to the source!’”

Girls’ Generation went on to sell more than 4.5 million albums and a whopping 30 million digital singles worldwide, but at the time of her move, Young’s father wasn’t thrilled by her decision to pursue her dream thousands of miles away from home. “I think about it now — would you believe your 15-year-old child screaming, ‘It’s fate’? I wouldn’t either,” Young says, laughing. “So thanks to all my family who supported my crazy idea, because it all went well. … [But my family] didn’t really let me go. I just fought my way through it. But I’m glad I did.”

Now, as Young releases the solo bad-boyfriend revenge anthem “Teach You” (the badass video of which co-stars her Girls’ Generation bandmates Hyoyeon and Sooyoung) and the funky, surprisingly sexy “Over My Skin,” her foothold in both the East and West puts her in a unique position to navigate the American side of the music business. “I am blessed to have had the experience in Korea,” she says. “My team here in the U.S. embrace and just really, really respect what I know about what K-pop and what I did in K-pop.”

At 29, Young believe that it is important to be a strong female voice in K-pop — and pop music in general, as she dreams of collaborating with artists like Kim Petras and Lauv. And the work ethic that made Young a star in her teens, when she was balancing hours of Girls’ Generation training with her high school studies, is fiercer than ever.

“My career back in South Korea has been amazing. I’ve had help with some amazing friends. I do hope that my music really shows that it’s about growth, and it’s about constantly wanting to learn,” says Young of her music’s message. “And that there is beauty in every age, and in being different. Being you is what makes you beautiful; it’s not about a certain standard. I’m just so glad that it is about representation and diversity, and I’m glad that I can say that. Being different is amazing.”