Gavin Rossdale Opens Up About David Bowie, the New Bush Album, and His Ultimate Breakup Song

Strolling through the aisles of Hollywood’s Record Parlour store, sifting through bins crammed with more than 50,000 vintage vinyl albums, Gavin Rossdale reflects on the influences behind his band Bush’s seventh full-length release, Black and White Rainbows, out this week. (Yes, it is available on vinyl.) “Just, like, my vat of issues and everything that’s going on in my life… It’s always full of stuff to draw on,” he chuckles wryly when asked what inspired the album lyrically.

Rossdale is of course referring to his 2015 divorce from fellow ’90s pop/rock icon Gwen Stefani, whom he met in 1995 and married in 2002, and with whom he has three sons. Black and White Rainbows is the first Bush album since that very public split, and many fans no doubt wonder if the album’s lead single, “Mad Love,” with its lines like “still got mad love for you, baby,” is autobiographical. But Rossdale shrugs, “I mean, it’s impossible to be a writer and not have yourself come through all that. But you know, ‘Mad Love’ is a makeup song. So clearly it’s a lot about my life, but it’s clearly not completely about my life — because I haven’t made up with anyone.”

However, there’s one breakup song to which Rossdale can relate. Reaching for a vinyl copy of Bob Dylan’s 1989 album Oh Mercy, he’s quick to quote its bittersweet track “Most of the Time.”

“That song is really the ultimate breakup song, I would think,’ muses Rossdale. “‘I don’t even think about her most of the time.’ It’s a very powerful song. That would be No. 1.”

And what would be Rossdale’s No. 1 love song? “Well, I was listening to Roberta Flack the other day, and ‘The First Time Ever I Saw Your Face’ is a pretty beautiful song. But I don’t know,” he says, adding with a laugh, “Maybe Talking Heads’ ‘Once in a Lifetime.’ I would put that [on a mixtape]. I would put that song anywhere. I love that song.”

Check out Rossdale’s recommended Record Parlour shopping list for the soundtrack of his life, from his punk-childhood memories of the Sex Pistols and Public Image Ltd to his fondness for strong women like Patti Smith, PJ Harvey, and Rihanna to his undying admiration for his The Voice U.K. castmate Tom Jones and onetime tourmate David Bowie. 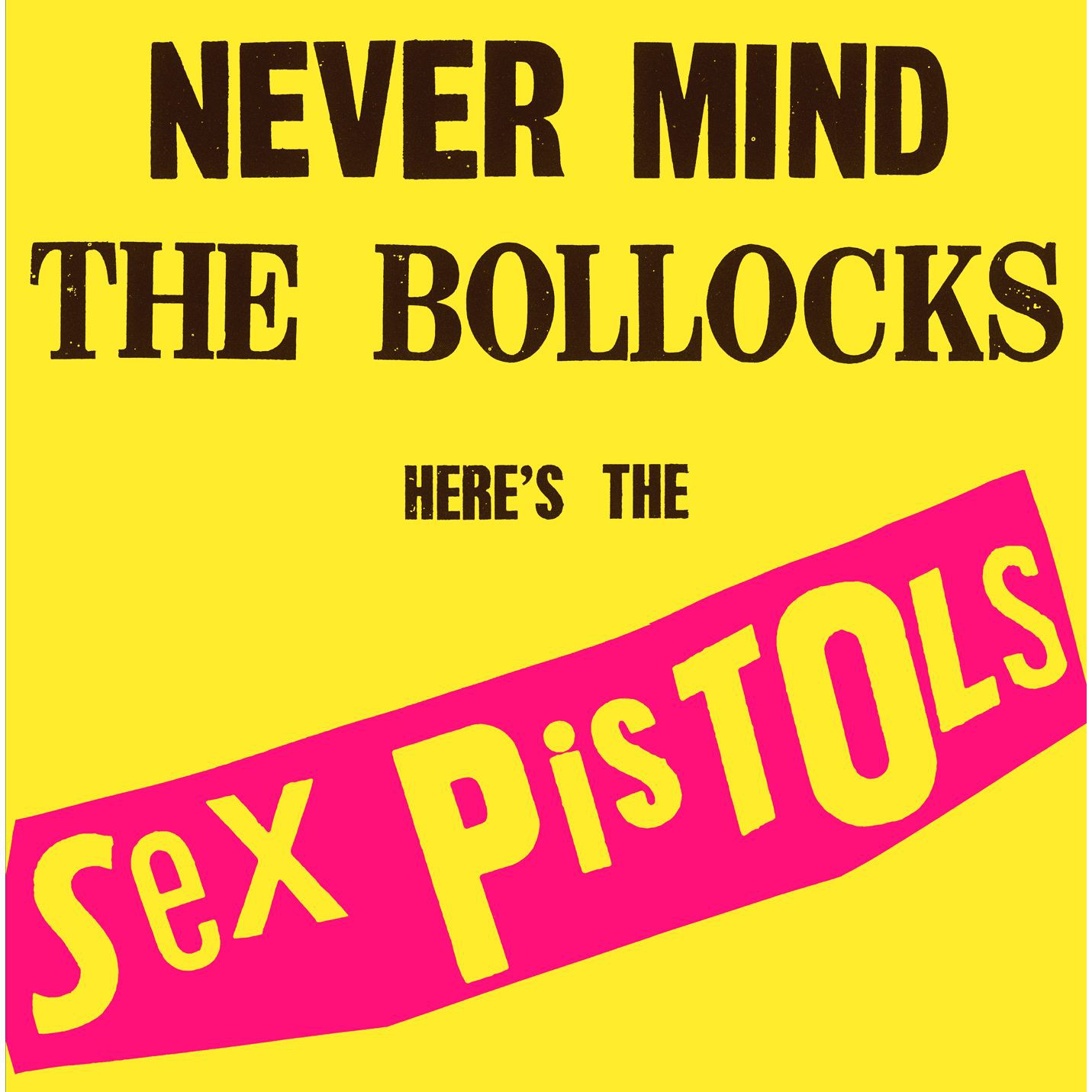 “I’d say this is the most perfect record. If had to pick one song that sort of, like, sums my childhood or my youth, it’s ‘Pretty Vacant.’ I always was a sucker for melody, and so when the punk thing was going on, I was listening to the Sex Pistols. I remember thinking ‘God Save the Queen’ was so heavy and abrasive, but then ‘Pretty Vacant’ was such a nice pop song, and with brilliant, brilliant words.

“Kings Road was where all the punks would go. I was 11 years old. We’d get outside my house the 31 bus, and that would go down to Chelsea, World’s End… With all of the punk movement, it was palpable. When you walked along the street, especially where I lived [London], it was a commitment to have spiky hair. It was a commitment to put safety pins on your jacket — or safety pins in your mouth! You’d put egg white in your hair, so you get spiky hair. Everyone had bleached hair and filthy fingers and filthy overcoats. I didn’t have any money to get anything like that, but I remember all the Seditionaries stuff, the bondage trousers, the creepers. Just saving up for one pair of creepers was a big deal. You had one pair of jeans, a pair of creepers, then you were sort of set.

“My sister was a punk, and so she was supercool, with the dyed bleached hair and all her friends — everyone just looked so cool. My first band I was around, it was my sister’s boyfriend’s band, the Nobodiez, with a Z. I used to go to their rehearsal rooms — stinky, stinky rehearsal rooms. He gave me my first bass when I was 13. So it was just growing up in that atmosphere of counterculture, rebellion, kids that didn’t listen, just doing their thing. That stayed with me till this day.” 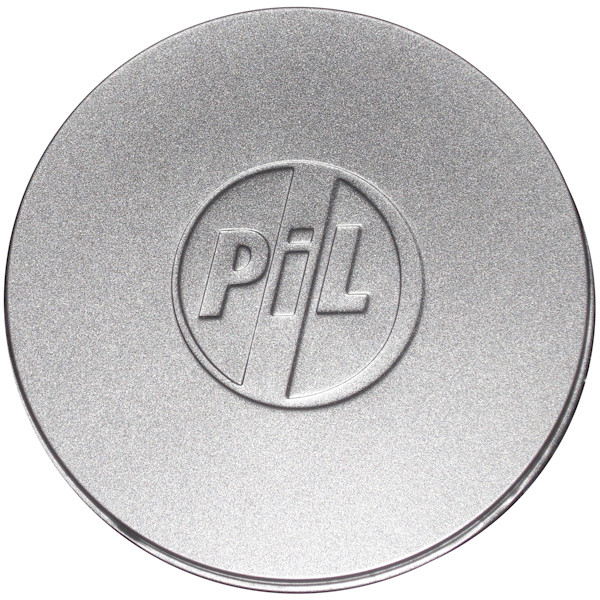 “It was that combination of post-punk. I grew up in punk music… I grew up down the road from a record store called Manzie’s, so I have all the original punk singles from when I was a kid, like everything that I used to get each week, different singles. Those 7-inch vinyls are really, really special to me. But I didn’t like what you’d call the ‘California pop-punk’ that they do now. So I thought of that as a natural progression, what John Lydon did with PiL. He was a real great inspiration for me, with all the reggae basslines. It’s all based on that hybrid of reggae and rock. He’s such an incredible artist. I just love everything about him, his aesthetic. There’s not much about him that I don’t think is great.”

David Bowie, The Man Who Sold the World 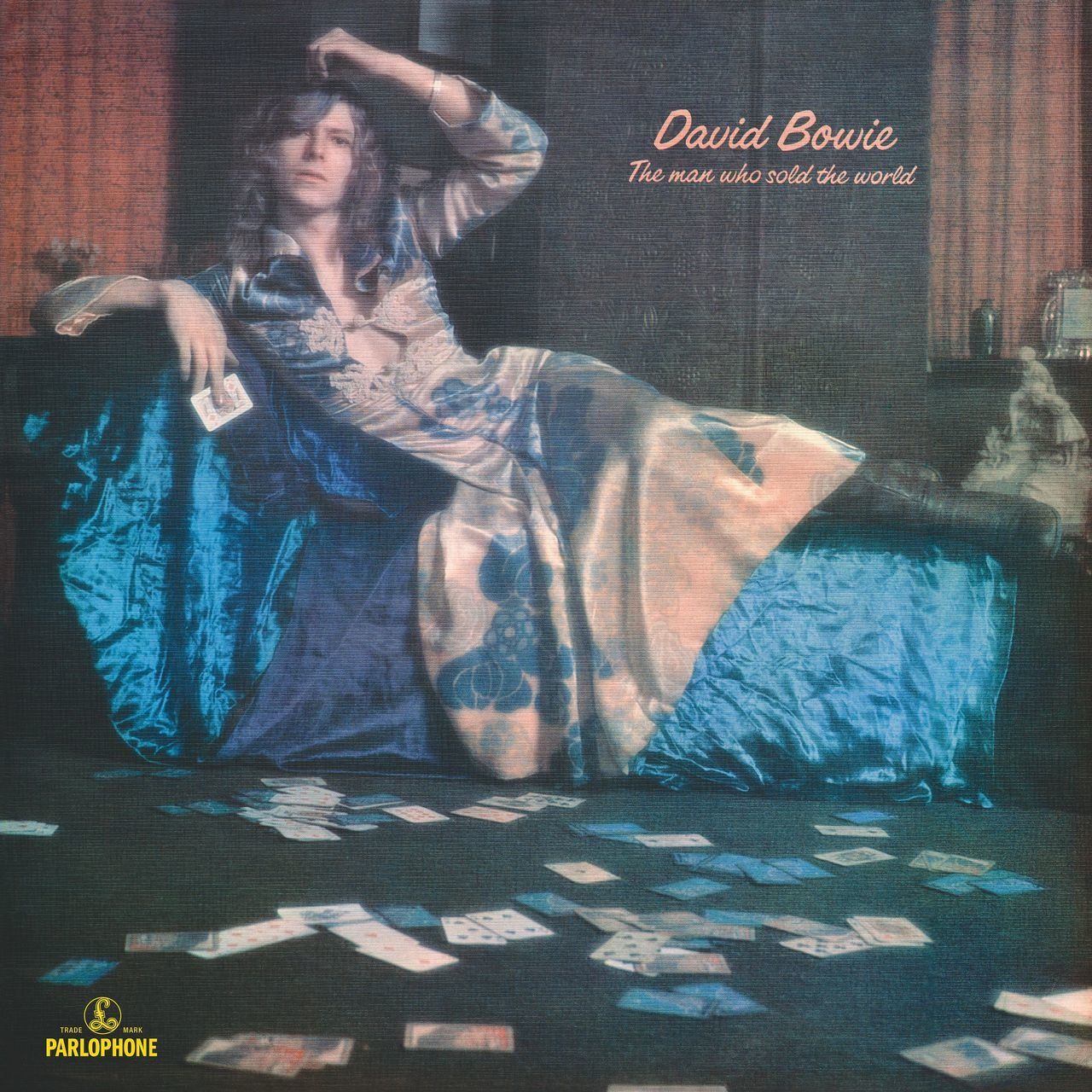 “My aunt, who I lived with, she would give me Bowie records. The Man Who Sold the World would be my favorite vinyl I probably have. But there’s so much of Bowie I really love. ‘The Laughing Gnome’ was the only one I wouldn’t play again! After that, it’s incredible. He’s amazing. I love him. Just the concept of being a hybrid, having that sort of modern art obsession and putting it into his work, and treating his work much like a performance artist. And although I didn’t take it to his level with the costumes and stuff, I did really feel connected to that.

“I stayed in contact with him. We were like email friends. And I owed him an email, which is really sad. You should always respond to emails quickly. I was looking forward to the response.”

“A massive, massive influence on Bush. That’s what made me work with Steve Albini [on 1996’s Razorblade Suitcase], just because I loved Surfer Rosa so much. I’ve never heard something so lush and dark and weird. And then the artwork was so beautiful. Surfer Rosa had the picture of the flamenco girl inside in the gold cover — that’s the first that got me into the artwork stuff. 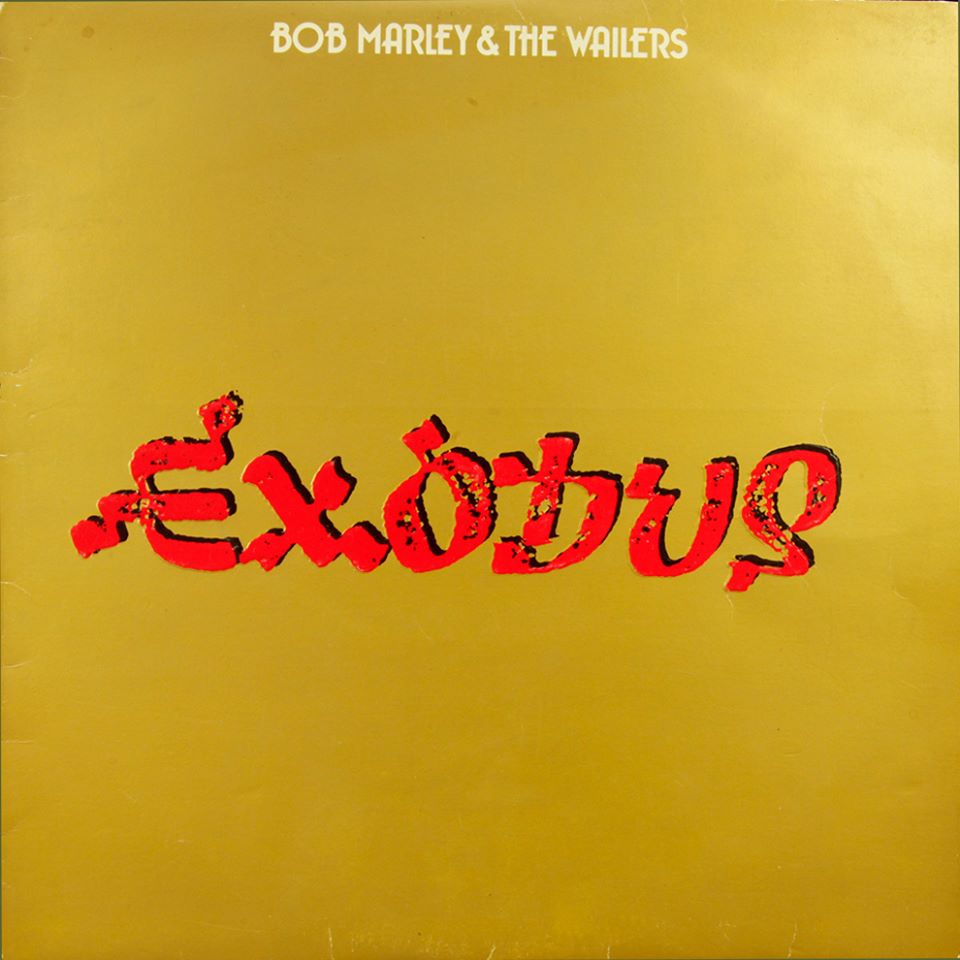 “That’s one of my favorite records. When we were growing up, the only [other] music you were allowed to listen to if you listened to punk music was reggae music. If you listen to Don Letts, he says the only reason they played reggae music is because he didn’t have enough songs to fill a night of dancing and a night at the club. So the only music they had was reggae, all the sound system stuff, dancehall. And so when I was a kid and Bob Marley came out with ‘Jamming,’ which is side two, first track — boom. And on the B-side was ‘Punky Reggae Party.’ So it’s all tied in! He’s been a guiding light of music for me my whole career. I still listen to him, I still love him. I just can’t believe how great he is — or how many children he has!” 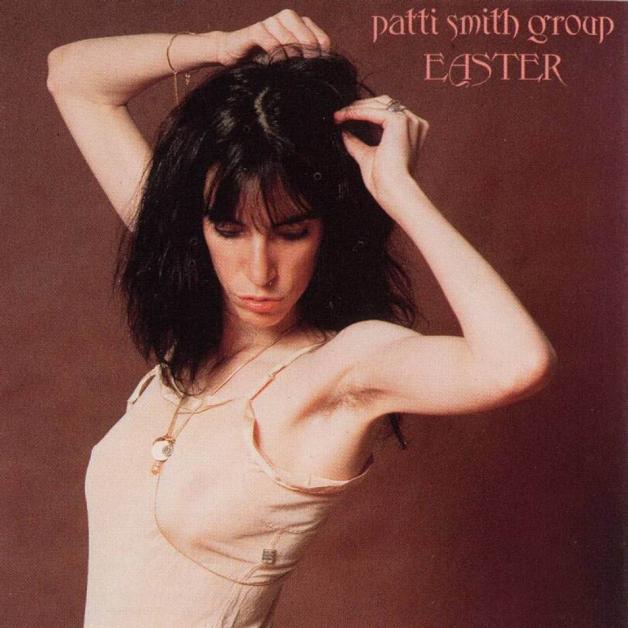 “Patti Smith is massive to me — just the female presence, the female power. Her life with Mapplethorpe is so interesting. If you read up on Just Kids or M Train, it’s just amazing what she did, the struggles that she went through and how hard she worked supporting Robert Mapplethorpe and his dreams — and then sort of inadvertently on the side, she was writing poetry herself and was this incredible tour de force that continues on to today. Beautiful. These songs, they’re just very brave.” 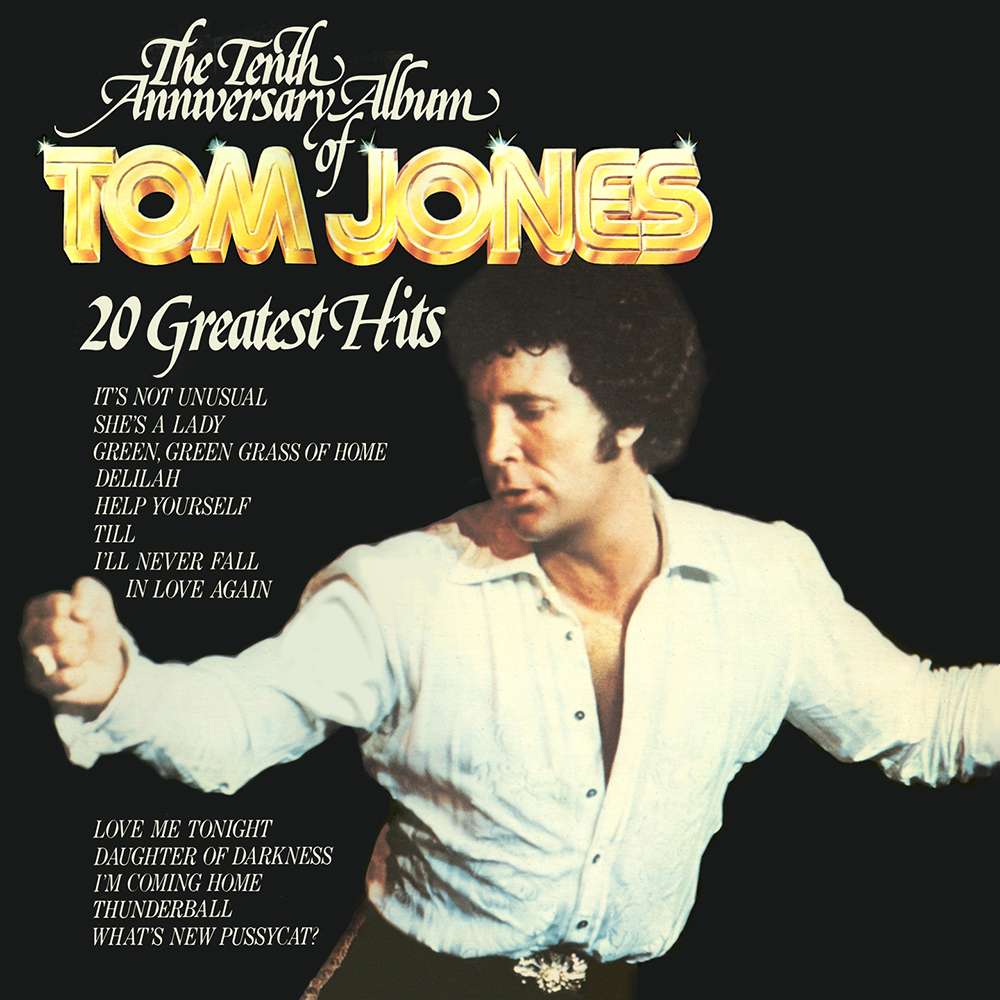 “Working with Tom Jones [as a coach on The Voice U.K.] feels really special, because I think that he loves that I’m also a singer, he loves that I’m on this journey that he’s been on as a legend for so long, and that I understand and respect him. You know, he feels that respect. He’s one of the greatest singers I have ever heard live. He’s unbelievable, still sounding great.

“The main thing I learned from Tom, which makes a lot of sense to me, is that he is really, really professional. He’s always on time. He’s just always present. He’s a pro. And he works — if you look through his CV, he just has worked so consistently. He’s done months in Vegas each year since 1969. He doesn’t sit back and rest on his laurels.

“I sang the other day with Tom Jones. He was at my house and I played guitar and sang with him on ‘It’s Not Unusual.’ His voice is brilliant; it, like, destroys my voice. He sounds perfect.” 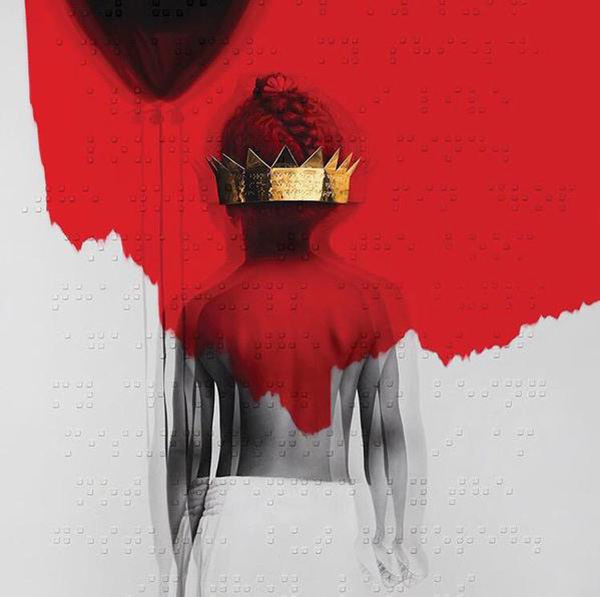 “I don’t have crazy guilty pleasures of, like, secretly listening to *NSync, but I think how much I love Rihanna is probably surprising for some people. But it’s just such quality, that last record. Anti was such a strong, interesting record the whole way. It reminded me of The Miseducation of Lauryn Hill. There’s these sort of benchmark records that some girls make, that just sort of define the time. I was aware of all of Rihanna’s other stuff, but this record really got me. My go-to song now by Rihanna is the Devault mix of ‘Sex With Me’; that is really incredible. But I basically like Anti, so I can just pick any song off the deluxe record and focus in on that. I love letting it play. It’s brilliant.”

PJ Harvey, Rid of Me 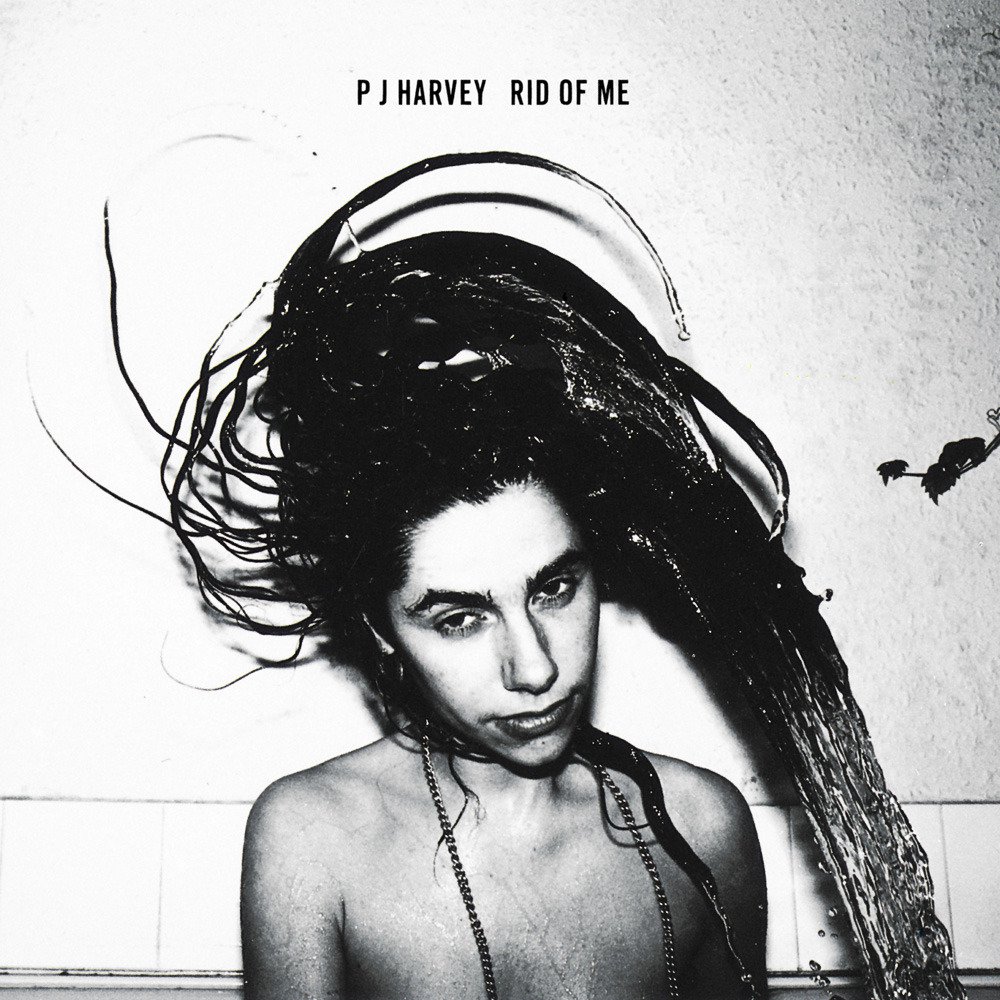 “Polly Harvey is a brilliant, strong artist. I love her sound and feel. When she went to make a record with Steve Albini, I lost my mind, because I so loved Steve Albini. And that was Rid of Me. That was just brilliant — recorded in two weeks, I think. I try to not bug Steve with questions about her.” 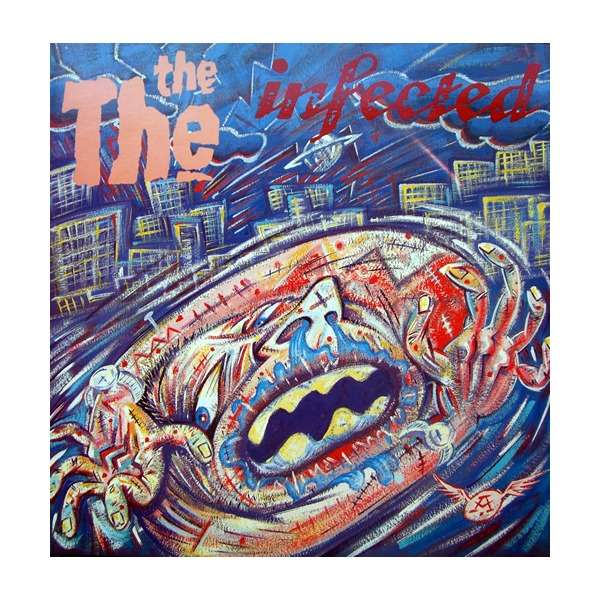 “Matt Johnson is incredible. He was like the precursor. For me, he’s before Trent [Reznor], before Swans. He was really the guy doing it sort of electro, hard. He’d give everything of himself to these records. And Infected was a brilliant record. Brilliant.” 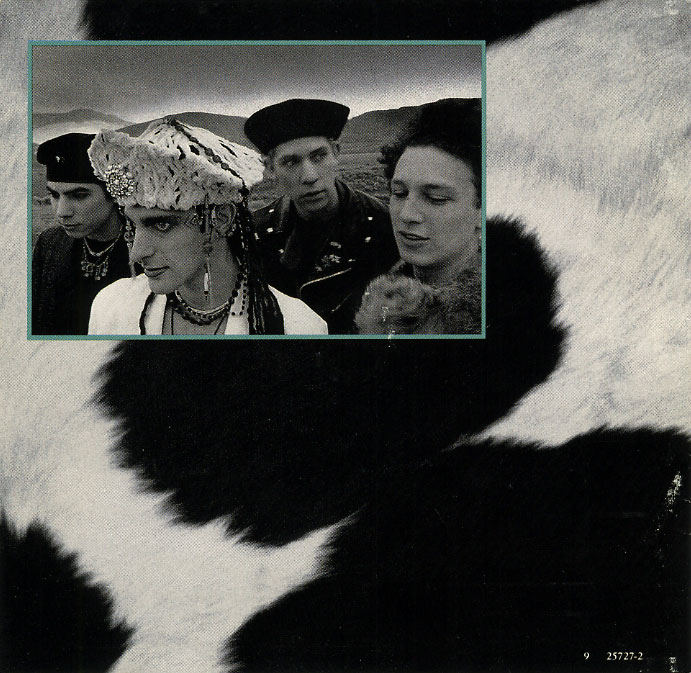 “I’ve been really inspired by Perry Farrell, Jane’s Addiction. I saw them do a show in London, Acklam Hall, and that’s when suddenly the whole performance side of me woke up. I was used to My Bloody Valentine, Throwing Muses, who weren’t big on performance — it was more literally shoe-gazing. So seeing Perry Farrell perform, I was just like, ‘Who is this shaman? What is going on here?’

“I think that’s a lot where my most American side of me came in. I perform in a very bizarre, sort of semi-desperate way — you know, energized, and like it’s going be the last show I ever play. Very, very heightened emotions. And I think that’s more of an American thing. Think, like, David Yow of the Jesus Lizard — he’s like the craziest performer ever.” 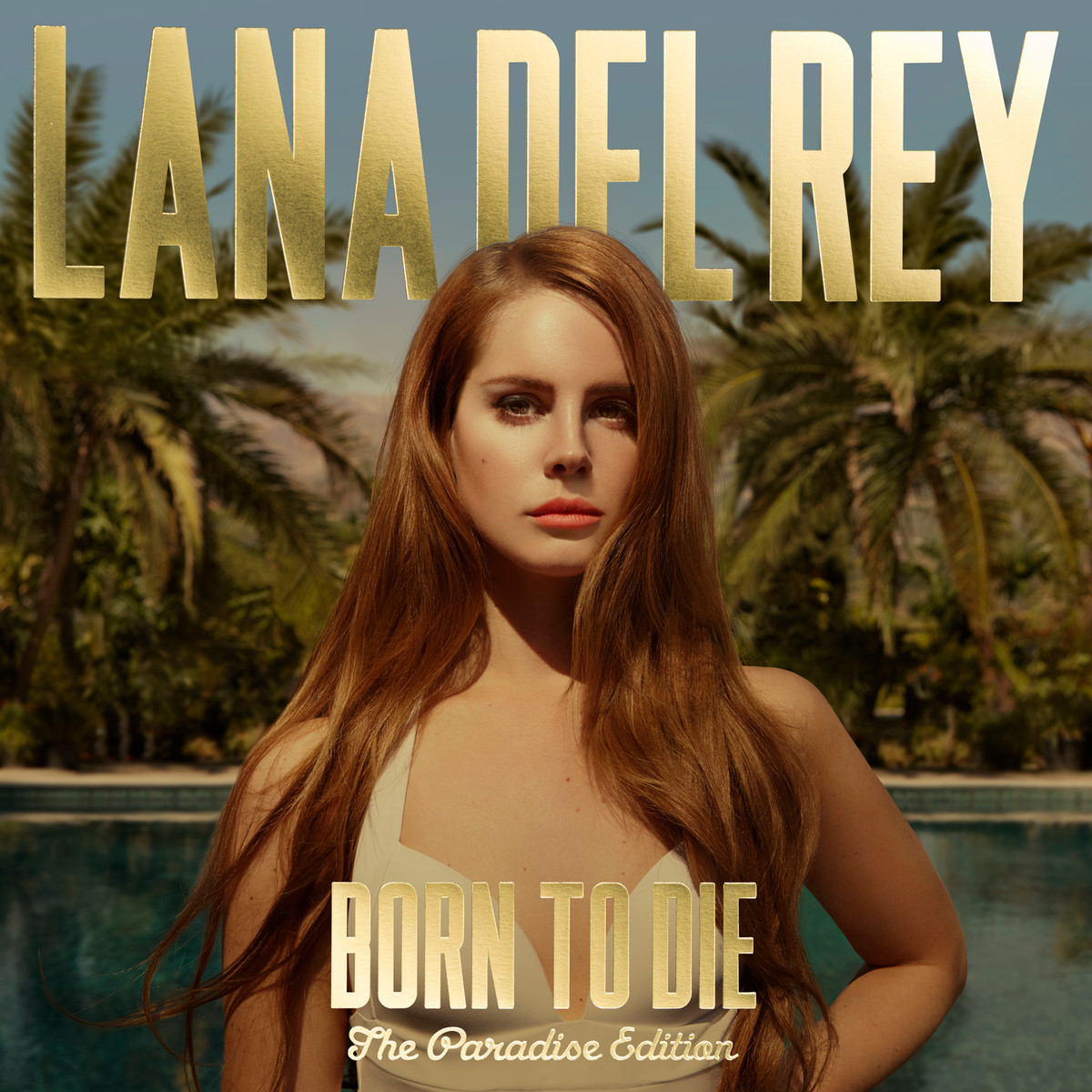 “I like Lana Del Rey a lot; I think she has brilliant words, brilliant melodies. I know that she’s a controversial figure, like whether ‘she exists or doesn’t exist,’ but I just listen to her records and think she’s incredible. She does the [jazz torch singer thing], she evokes that for sure, but then with a kind of whole modern twist, of really modern lyrics — strong, cool-woman lyrics.” 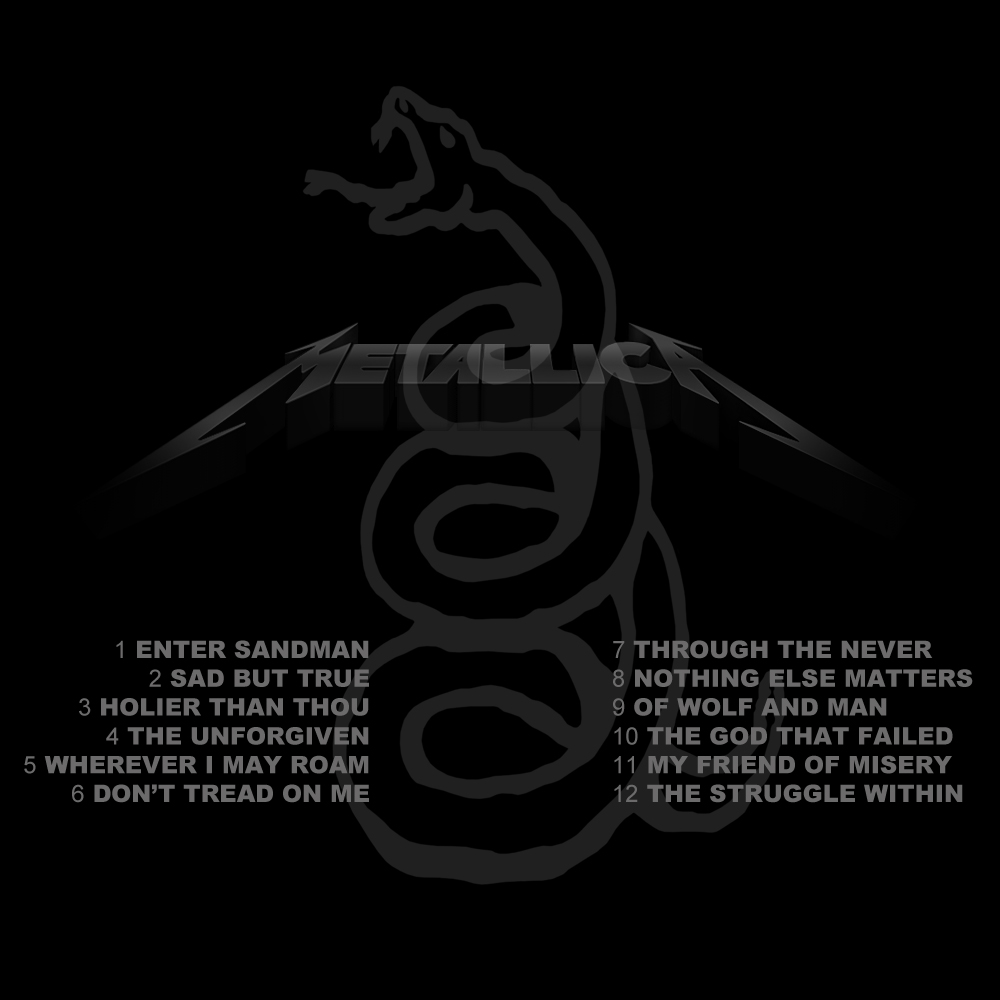 “My sons just started guitar lessons. We all have the same guitar teacher; it’s really cool. They like a lot of hip-hop, but they play a lot of AC/DC, Metallica — they’re starting to get into that, so it’s really fun. They love Drake, and then they’re playing ‘Enter Sandman.’ It’s brilliant.”