Garth Brooks Reflects on His Legacy and ‘Legacy,’ 30 Years On 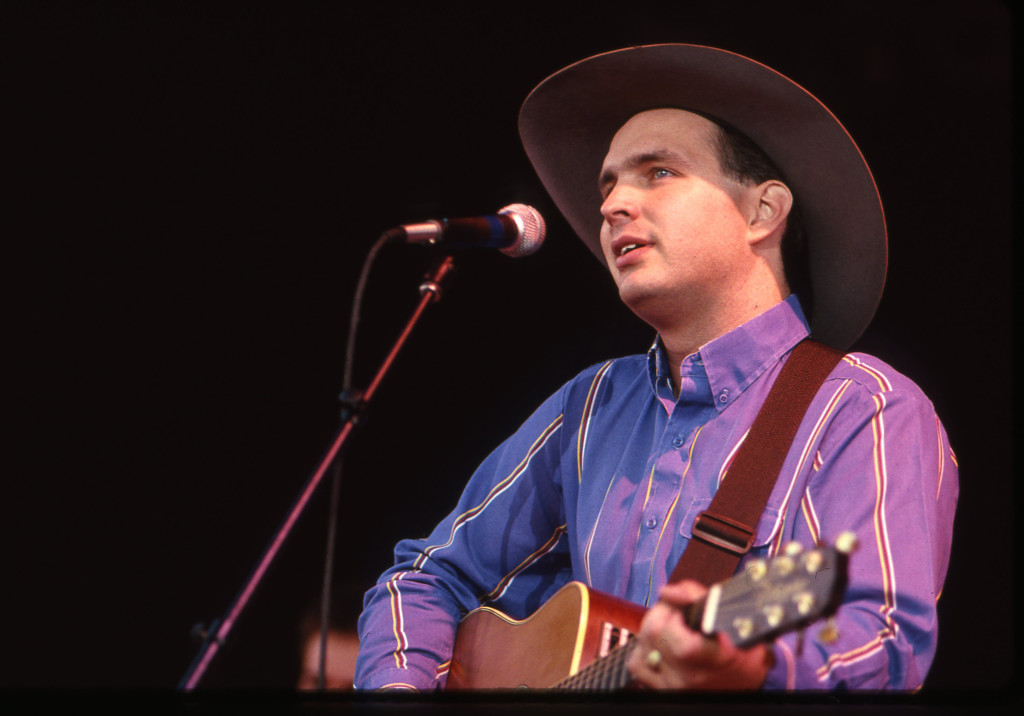 On April 12, 1989, country superstar Garth Brooks released his self-titled debut album. It eventually sold a whopping 10 million copies, and Brooks would go on to become the No. 1 recording artist in U.S. history. And now, exactly 30 years from that date, this Friday at 11 a.m. ET, Brooks is opening a third window, at garthbrooks.com/vinyl, to preorder his career-spanning, seven-LP Legacy Vinyl Collection boxed set. Noticing how the dates coincide in a full-circle moment, Brooks tells Yahoo Entertainment, “Yeah, that is kind of kismet. That’s cool!”

Ironically, Brooks wasn’t able to listen to his debut album on vinyl when it first came out in ‘89. “I still remember the house that [my first wife] Sandy and I were renting. I came home with [the album], and I had a CD of it — not a [vinyl] album,” he chuckles. “And then I realized when I walked in the door, we didn’t have a CD player. So, my first album cost me about 300 bucks to go down to get a CD player, so I could actually listen to it in the house!”

At the time, though, Brooks was just happy to have an album out at all, on any format. He was “extremely excited for the second chance,” because seven record labels — including the one he eventually signed with, Capitol — had unbelievably once passed on him.

“I’d moved to Nashville [from Oklahoma] and thought, ‘This is it. This is going to be my shot.’ And I got in front of all seven. I mean, the biggest names there, all the label CEOs, all the heads of the labels. I couldn’t say I didn’t have a fair shot. And then when seven out of seven passed, I thought it was done for me. … So, I was ready to pack up and head out, and I had a gig that my manager Bob Doyle had promised us that we’d play. And he taught me to go on and just keep your word, and go do it.”

As it turned out, it was at that show that Brooks got his second chance. “Capitol Records was there to see another artist and they saw me live, and they were sweet enough to say, ‘Hey, maybe we missed something. Why don’t you come back?’ And so, our career began at Capitol.

“Warner Bros. missed it. Sony, RCA, they all missed it. I’m not saying it was anything to miss, but they all said no,” Brooks continues. “But Capitol was the one that saw us live, and they said, ‘Well, this brings a whole new different kind of look at things.’ … Once you saw it live, you got it. But me just sitting in a room talking, I know Capitol missed it.”

While Brooks says it’s “the live thing” that’s driven his phenomenal career over the past 30 years, he sees the Legacy box as another important way to connect with his fans. The limited-edition, hand-packed collection took more than eight months to manufacture in four different countries, and the response has been massive so far (the first two preorder windows sold a combined 720,000 units in less than 48 hours, making the box the most sought-after vinyl of 2019). When asked about the resurgence of vinyl sales in recent years, Brooks has his own enthusiastic response.

“OK, you ready? You’re going to call me crazy,” he begins. “I don’t think music is something that can go by as background noise. I just don’t. And I think that’s what streaming put it to — it made it just something where you can say, ‘Next!” And I think we all enjoy music [on vinyl] because it’s the voice of your soul. I think [fans] love having to flip it over, and they’re starting to figure out album cuts — which are the most brilliant piece to any album that’s done well. And they’re finding a lot out about their artists, too. You can’t find a lot out about an artist when you stream. But you can find a lot about an artist on album, because there’s a reason why that sequence is there. And then [fans] really get in the liner notes… for me, that was always the greatest thing about grabbing an album, just going through the liner notes. Didn’t matter if it was a band, female artist, male artist. You could always kind of get behind the scenes, get into the stuff that you didn’t think was really your realm to get to run in. You could feel like you were getting away with something.”

Sometimes Brooks almost feels like he’s “getting away with something,” 30 years after his nearly derailed Capitol debut. He still marvels at the fact that he actually gets to do this for a living, especially after he took a professional hiatus in the 2000s to focus on family, and he once again refers to getting a “second chance.”

“Nobody ever gets a second half of her career,” Brooks says. “Just the cool thing is just getting to do it this late in my career. I think we said goodbye to all that when we took off, when we just hung it up, and never even thought we’d get a second chance at all. When they let us come back, and then the response we’ve got since we’ve come back. I’m just enjoying it. I never think it’ll last.”