As Sir Elton John, one of the most fabulously attired performers in rock ‘n’ roll history, prepares for his farewell tour, everyone is wondering what he’s going to wear. After all, he has dressed as everything from Captain Fantastic to a Pinball Wizard to Donald Duck. In the forthcoming animated film Sherlock Gnomes, which features his classic music as well as the new tune “Stronger Than I Ever Was,” he even makes a cameo as a glittery pink gnome.

But looking back at his five decades of touring, there’s one crazy outfit that really stands out: a gorilla suit, which he donned to scare Iggy Pop onstage at a 1973 club gig.

“I dressed as a gorilla and went onstage with Iggy Pop, yes,” he laughingly tells Yahoo Entertainment. “In Richard’s Club, in Atlanta. I saw him the first night. He was so great; I wanted to go back the second night. I thought, ‘I know what. I’ll dress as a gorilla!’ I jumped onstage — and he freaked out. Years later, he told me he was tripping on acid when I did it.” 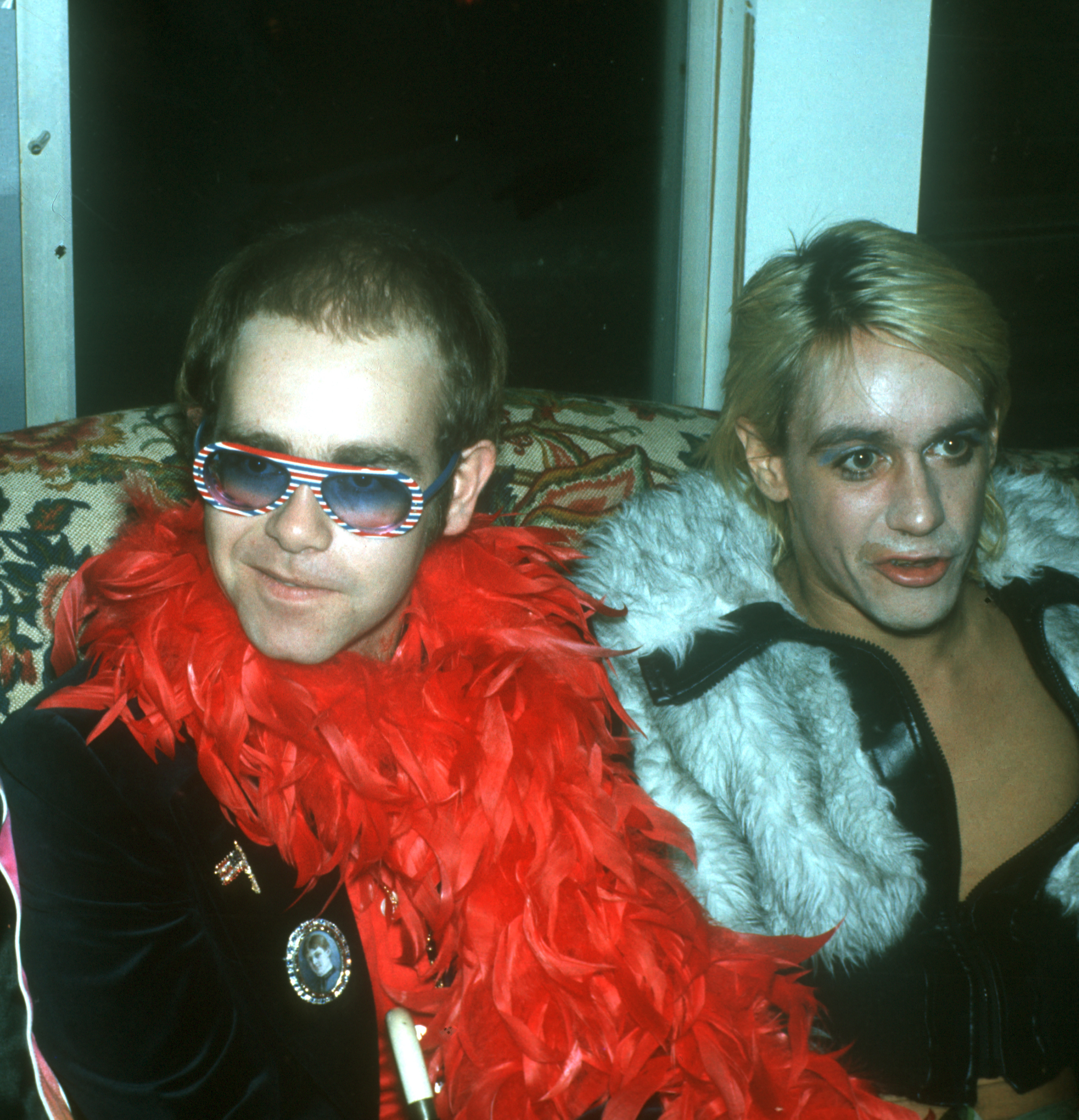 It takes a lot to scare Iggy Pop, but the Stooges’ punk pioneer “thought he was hallucinating or else a real gorilla was raiding the stage,” Paul Trynka explained in his biography Iggy Pop: Open Up and Bleed. Pop also stated in Legs McNeil and Gillian McCain’s Please Kill Me: The Uncensored Oral History of Punk: “I was like, ‘Oh my God! What can I do?’ I couldn’t fight him. I could barely stand.”

“It was the stinkiest gorilla’s outfit you could have possibly have,” John tells Yahoo of the hairy prank, which was encouraged by some Creem magazine staff members in attendance — including a photographer who captured the priceless look of rage on Stooges guitarist James Williamson’s face. “I thought it would be great, but it kind of backfired. At the end, they said, ‘Oh, by the way, that was Elton John in the gorilla suit.’ Everyone said, ‘Oh, yeah. Sure it was.’ It was one of my mad things. Those were the days, you know. Those were the days.”

John may laugh when he recalls his wild ‘70s era, but as he plans to retire from the road to spend more time with his family, he shrugs, “I don’t really look back very much. But when I do, get reminded of what I’ve done. I lived 10 years in one year. I’ve just had a blast. I mean, there’s been so many wonderful things. In 1970, if you’d have told me that I’d be sitting here in 2018 talking about a farewell tour, I’d have said, ‘You’re nuts!’ But then, 10 years ago if you’d said I’d have children — two children — I’d have said, ‘You’re nuts.’ That’s the way my life is; I’m willing to let it evolve as it should do. I’ve had the most incredible career. It’s not going to stop.”

John notes that he won’t be dressing up as an ape — or a gnome — on his worldwide, three-year goodbye tour. So what will he be wearing? “Things by Gucci,” of course.