Since making the finale of RuPaul’s Drag Race Season 6 (and historically quitting Drag Race All-Stars 2), Adore Delano has recorded pop with an R&B/EDM flair – almost more in line with the music she performed as Danny Noriega on American Idol in 2008 than with her modern-day “punk-rock mermaid” persona. But as Delano readies her third album, Whatever, she’s returning rock roots, and she’s ready to spread the “rainbow rage.”

So what makes Delano angry these days? “Ignorance,” she answers. “I think ignorance is not bliss at all. It just makes me want to punch somebody. I just think the political climate right now is really, really concerning, to say the least, but that definitely inspired the anger. … If I don’t get this out, I feel like it would be bottled up and I would go crazy and eventually light my house on fire or something.”

Last December, Delano moved to the grunge capital of the world, Seattle, and Whatever is definitely reminiscent of that city’s alt-rock glory days. Delano cites Chris Cornell and Courtney Love (along with Brody Dalle of the Distillers/Spinnerette and ‘80s gender-bending pioneer Pete Burns) as major influences, and she expresses her admiration for the brash, brazen rock women the 1990s in general, saying: “I just remember growing up in the ‘90s and figuring out my sexuality really, really early on because of the women in the ’90s, and realizing how they were messy and doing what the guys were doing. It was liberating watching them do things that weren’t the norm for a woman to do in the industry as a kid. … Seeing somebody like Alanis [Morissette] and like Fiona [Apple], those are the women that will always be filed up in my brain as big influences — just like going against what they were supposed to do, writing about real s***.” 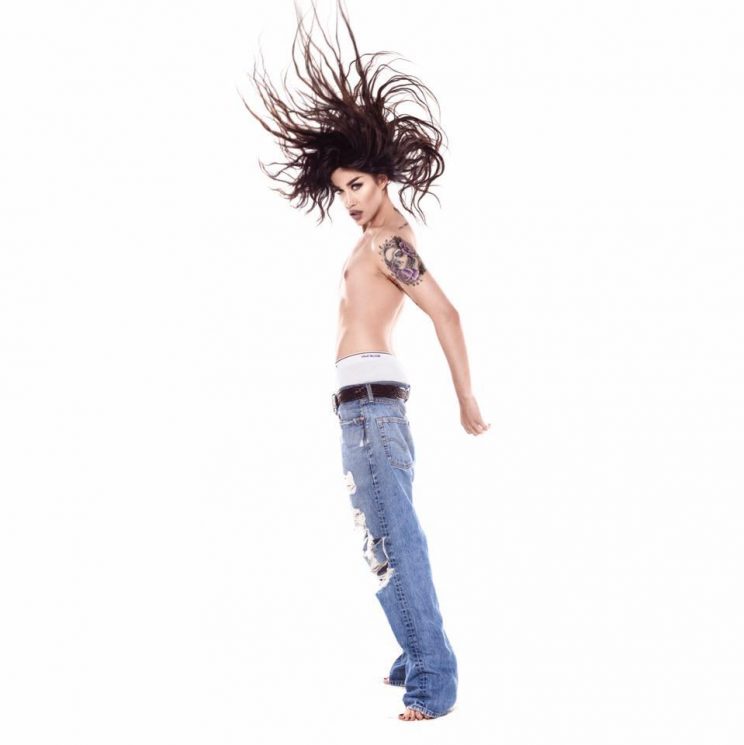 While alternative rock isn’t exactly dominating the charts right now like it did in Alanis and Fiona’s heyday, Delano isn’t worried about making the risky move from pop to rock, because she says rock ‘n’ roll is needed and “super-important” in 2017. “I noticed right now all the pop stars are kind of calming down right now; they’re cradling their fans and saying, ‘It’s gonna be OK.’ And I’m like, ‘Actually, it’s not OK. Put your hair in two space buns and then paint some picket signs and go march. This is gonna be a fun year.”

Adds Delano, who sang in a garage/punk band in her pre-Idol teens: “It was in the ‘70s, I believe, when the punk and gay [scenes overlapped], and then the hardcore scene kind of took over that and made it more of a mess… It was just super-testosterone and just violent. And it was a different way from how I want it to be — how it was in the early days. Let’s make [punk] fun and gay again. Let’s start the rainbow rage… I want [my fans] to be on this little journey with me, and I want them all to be in that little gay mosh pit with me when I see you in town.”