As Culture Club release Life, their first album in almost 20 years, it’s a miracle (no pun intended) that the groundbreaking new wave band’s famous frontman, Boy George, is still alive — let alone healthy, touring, and making new music. The gender-bending singer battled addiction to heroin and other substances for more than two decades — a struggle that involved his own multiple drug-related arrests, the death of Culture Club co-writer Michael Rudetsky (who overdosed at George’s London home), and various other U.K. tabloid scandals. But now, George is enjoying a career resurgence, which he largely credits to his Buddhist practice.

“I got sober in 2008. March the 2nd, 2008. I know the date exactly. I always think of that day as ‘the day that I became sane,’” George (full name: George O’Dowd) told Yahoo Entertainment in 2015, at the start of Culture Club’s comeback tour. “I planned to be sane at 40, but it took seven more years of research for me to reach a point where I was like, ‘OK, this is not working.’” 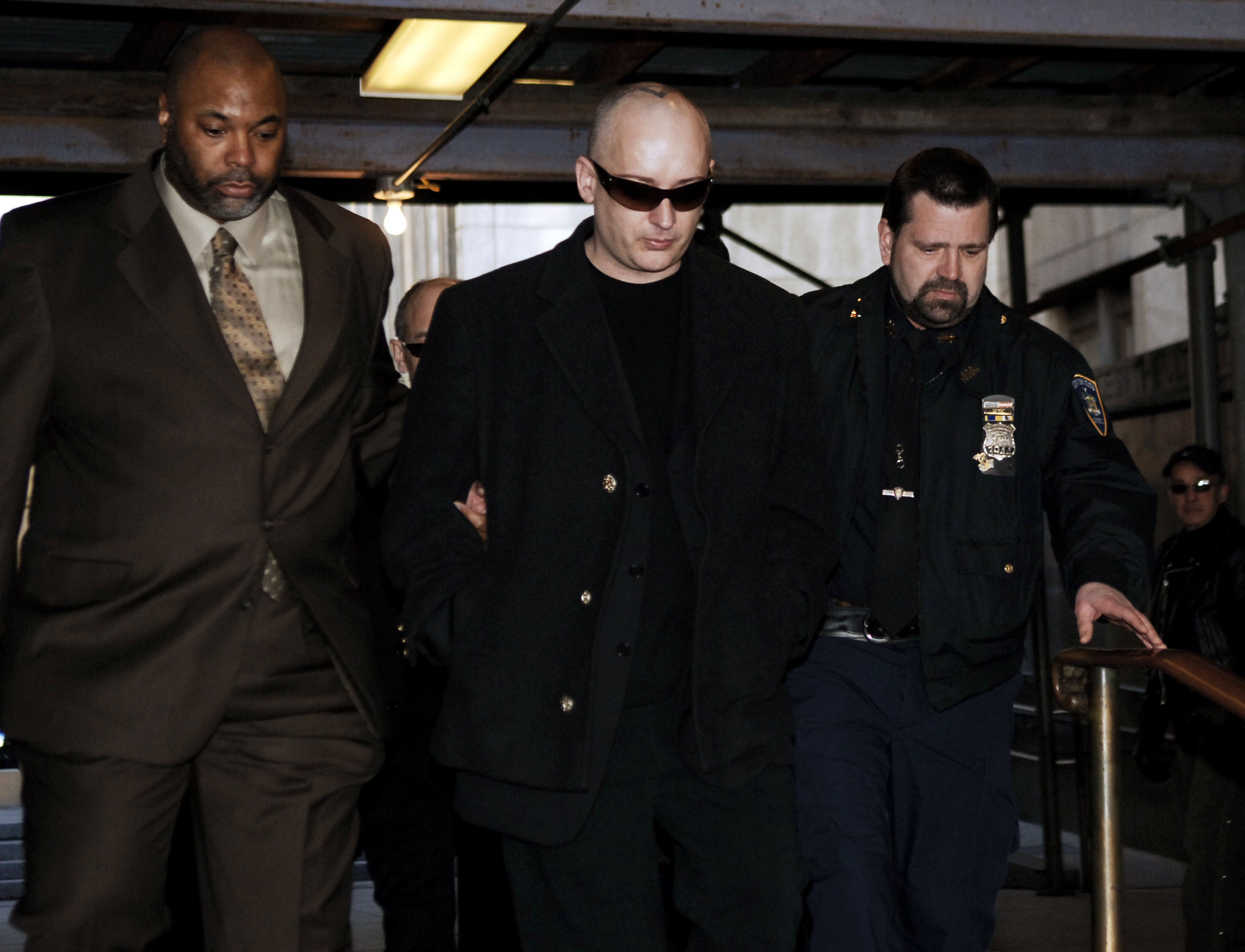 “In recovery, we talk about rock bottoms, you know? And everybody has their own rock bottom,” George elaborated. “Some people, it could something really mundane. For me, it was literally just one morning, waking up, and just having this kind of overwhelming feeling that I was really, truly unhappy, and I needed to do something about it. I remember one of the things I said to myself was ‘If you’re going to be Boy George, you might as well try and be the best Boy George you can be.’ I have to say that things have got increasingly better and better and better the longer I’ve been sober.”

George explained that the incredible, intoxicating fame he experienced in his early 20s during Culture Club’s MTV heyday — to put it in perspective, he had his own Snoopy doll — contributed to his addiction and mental health issues. “The problem with the kind of fame that I experienced in the early part of my life was so extreme. It’s impossible to even explain what that was like. I wasn’t ready for it,” he said. “It also distracted from what I was doing musically. I was so busy being ‘Boy George’ that I stopped being an artist. And so in the last, I’d say, five years, I’ve really focused much more on what I’m doing creatively.” 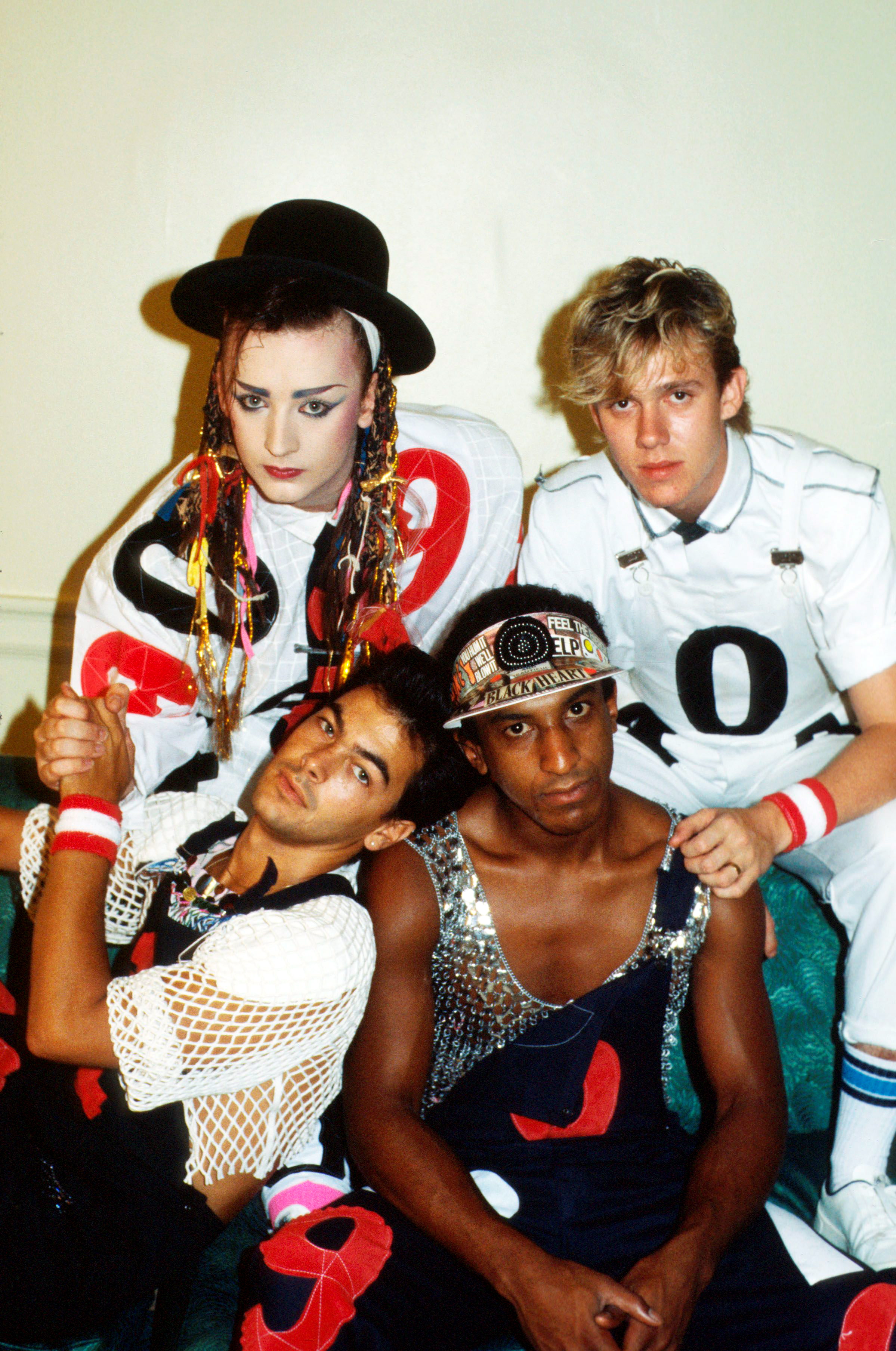 George admits that when Culture Club were first coming together and he was a “Blitz Kid” in London’s burgeoning New Romantic scene and causing a sensation with his wild clubbing outfits, he felt invincible. “When you’re 19, you have this unbelievable feeling that you have the undeniable right to be who you want to be. I look back at myself at 19 and think, ‘I would never do what I did then now!’ I was so brazen, so confident, so fearless, in a way,” he said. “And remember, the world was a very aggressive place then. People would punch you [for looking different]. People would walk up to you and punch you in the face. And that happened quite a lot to me, but it didn’t stop me wanting to dress up. It made me want to dress up more. Bizarre. It’s the Irish in me, I think! It’s a teenage thing. You just think, ‘I’m right, you’re wrong. Of course this is what I should look like!’” 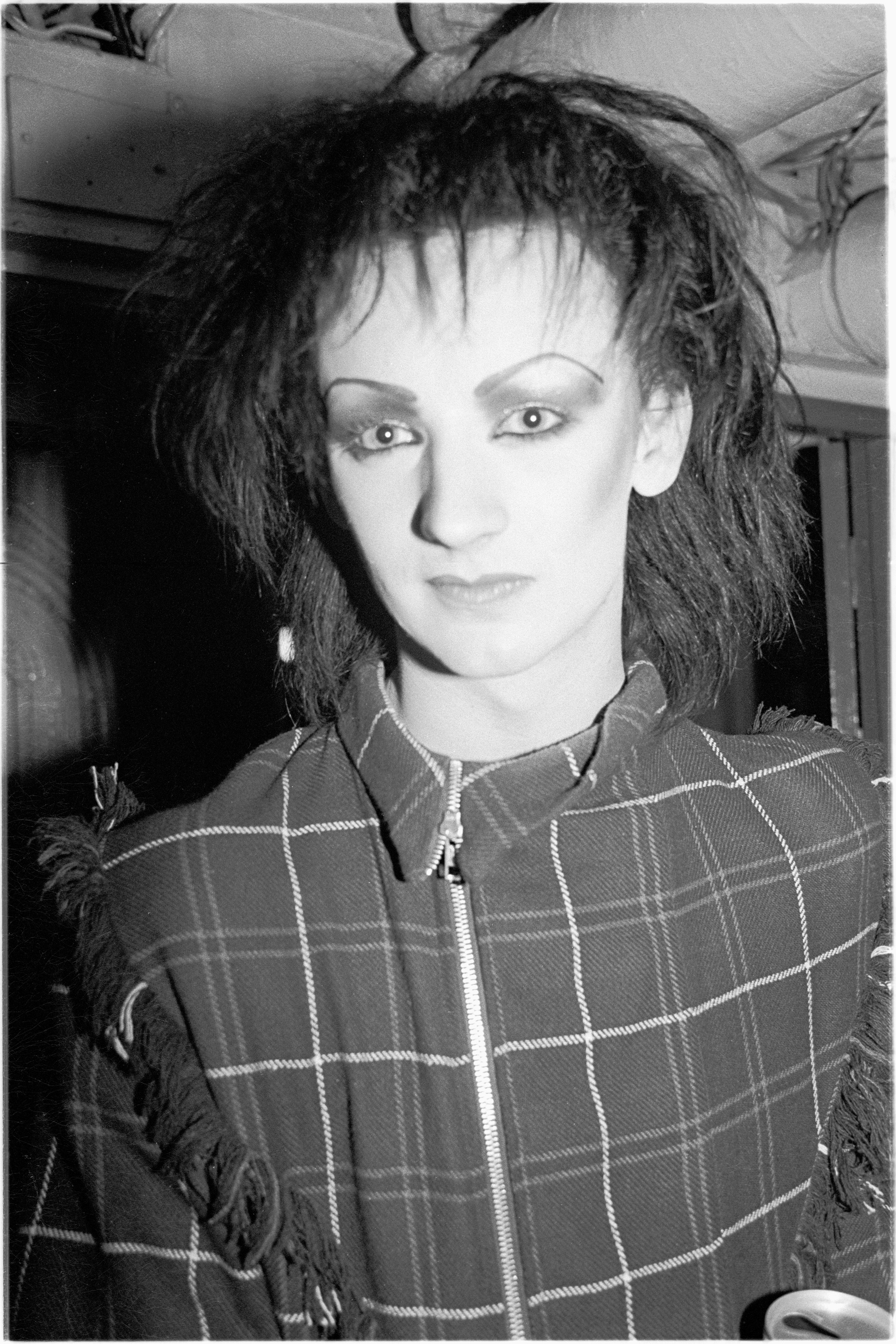 George realizes that his androgynous, flamboyant fashion sense made him a pioneer, although he always gives credit to the pioneers that came before him. “I always feel like change is like a daisy chain. People that made my life easier: Bowie, Quentin Crisp, Oscar Wilde, and probably hundreds of people that we don’t even know about. Sylvester, Klaus Nomi — I mean, it goes on and on and on. But there are people that get the glory. Maybe I was one of the people that got the glory,” he mused.

Now, George is thrilled by “the fact that Sam Smith can sound gay and no one goes on about it; it’s like, ‘OK, next!’” And while George has mellowed with age — “I’ve spent 30 years fighting soldiers and tanks and policemen, and it doesn’t work; it just makes life a nightmare” — he said, “I still want to change the world. Absolutely. I feel like in a funny sort of way, what we did back then was part of that.”

And that brings up to the new album. After an aborted attempt at recording the reunion LP Tribes in 2015 (a BBC documentary, Boy George and Culture Club: Karma to Calamity, detailed that disastrous experience, and the band even refunded PledgeMusic fans who had preordered the album), Culture Club are finally ready to release a reworked version, retitled Life. Back at the time of the album’s making, George enthusiastically described its sound as “very Culture Club” and even said one song, the Johnny Cash-inspired “Runaway Train,” was “like ‘Karma Chameleon,’ but way cooler.”

Another track, “Different Man,” was written about one of George’s tragic idols, Sly Stone, to whom he can understandably relate. “I read in a great interview with Sly Stone where he said, ‘I have many regrets, but I can’t think of one right now.’ I wish I had the confidence to say something like that. But I also read about how he’d been living in his car, so the song actually starts with the line ‘He was living in his car on the side of the road’ because he’s one of my heroes,” George said. “It’s so bonkers when you read stuff like that. You think, ‘My God, how?’ There but for the grace of God, as we say in recovery.”

As for the tension surrounding the recording of Tribes/Life with Culture Club bandmates Jon Moss (with whom George says he had a long-term romantic relationship in the 1980s), Roy Hay, and Mikey Craig, George just shrugged and chuckled. “There’s animosity, there’s love, there’s indifference, there’s passion. I mean, we’re human beings. … Bands are like families. You start talking about Jon, who’s your mad, eccentric, Jewish uncle who talks 10 the dozen and pushes your buttons. It’s what a band is. A band’s like a mad family that you didn’t choose. The other thing is that human beings are incredibly resilient. We’re just like, ‘Oh yeah. I remember when I’d fight with you, but whatever. Who cares? What’s important now?’ Everything is always about now.” 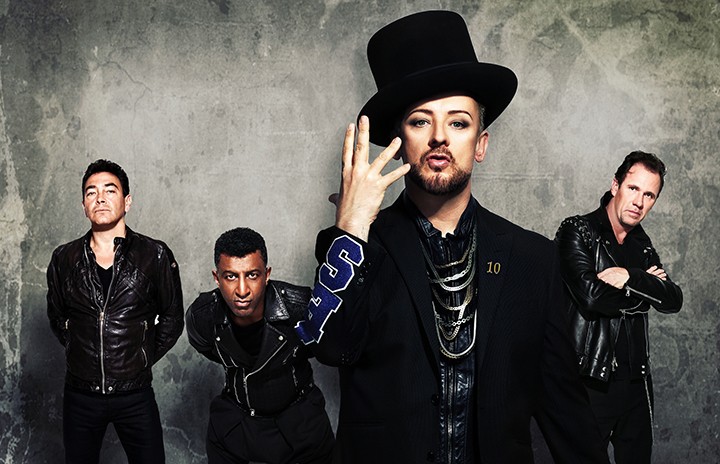 Listening to the new album, Culture Club fans may notice a change in George’s voice over the years — it’s much gruffer and huskier, and it frankly has less range — but George said: “You adapt. I mean, I’m a baritone, you know? I don’t have a falsetto like I used to when I was younger, but then, I can do a lot of things now that I couldn’t do then. I feel, in a way, as a singer, much more comfortable with my voice. I don’t feel insecure about it. It’s one of those things. The proof is in the pudding.”

With 10 years of sobriety of behind him and new music ahead of him, George, at 57, finally seems at peace with his troubled past. “I’m very grateful,” he said. “Getting old is a luxury. Some people don’t [have that luxury]. I’ve lost a lot of friends, for various reasons, in my life. Being older is such a wonderful privilege. Use it well.”