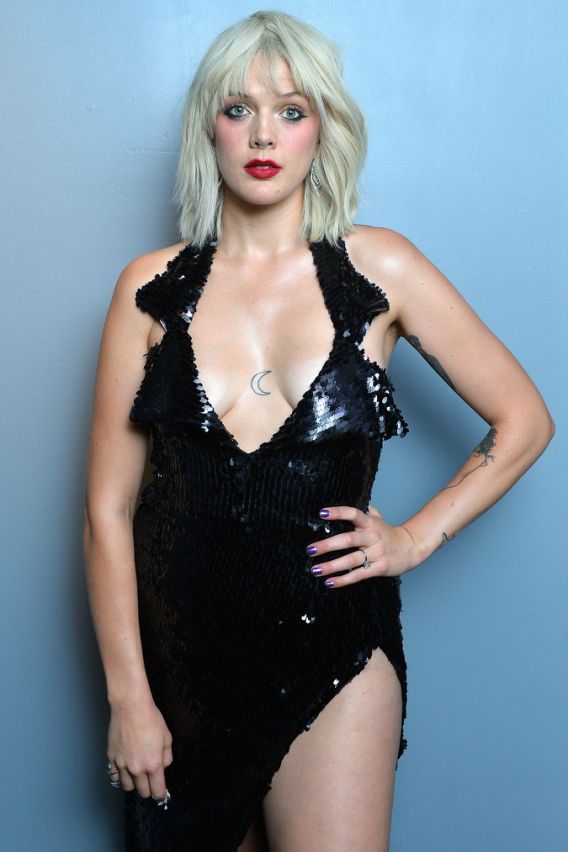 When Netflix reached out to Australian electropop artist Betty Who about having her record a Pride remix of the Queer Eye reboot theme song “All Things,” telling her, “We think you’re the right person for this,” the partnership totally made sense. After all, Who (real name: Jessica Anne Newham) has been an ally of the LGBTQ community throughout her career, starting with a gay marriage proposal that went viral in 2013 and launched her career on a major scale.

“A man proposed to his boyfriend in a Home Depot in Salt Lake City, Utah, with a flashmob, to my song ‘Somebody Loves You,’” Who recalls, speaking backstage with Yahoo Entertainment at the Firefly Music Festival in Dover, Del. “It was a free download at the time on SoundCloud, and they sent me and my management the video, being like, ‘We did this thing. We hope it’s OK. We don’t have the copyright to the song, but we want to put it on YouTube for our friends and family who couldn’t be there.’ And my manager sends [the video] to me, and he was like, ‘You’re gonna cry.’ And I was like, ‘No, I’m not.’ And then I watched it, and I was literally sobbing in public, very, very publicly.”

Who gave her blessing, of course. And 14 million YouTube views later, the couple, Spencer Stout and Dustin Reeser, tied the knot — and Who performed at their wedding. “I flew to Salt Lake and I sang ‘Somebody Loves You’ as they walked down the aisle, and I literally couldn’t even look at them because I was so emotional,” she says. Who has kept in touch with the Stout-Reesers and even visits with them every time she’s in their town.

Who credits the entire LGTBQ community with kickstarting her career, which began with the RCA Records releases The Movement and The Valley, and got its own reboot via the independent EP Betty, Pt. 1 this month.

“I think there is a really large space for particularly female pop acts within the LGBTQ community. I think [gay fans] play a large role — especially in my case — in getting a lot of artists off the ground. I wouldn’t have a career if it wasn’t for the LGBTQ community,” Who says. “The first show I ever played in New York, there were, like, 80 gay men there, and that was literally it. So, I think that’s kind of just been my experience throughout my entire career. … I’ve felt the most at home within the LGBTQ-plus community. I feel like I’ve found a space that I can sort of be myself and also share my stories, share my insecurities and good days and bad days with them. And they share theirs with me. I’m very, very lucky.”

And for her Queer Eye song, she says: “I’ve been super-involved in the LGBTQ community for my entire career, so it was supercool that something like this [happened]. I think that [show] is impacting particularly gay culture; it’s such an interesting conversation-change, and the way that they sort of educate people. It’s all really comes from their hearts, and they’re all really vulnerable and loving and open, and I think it’s such a different show than it used to be. I’m so proud to be a part of it at all.”