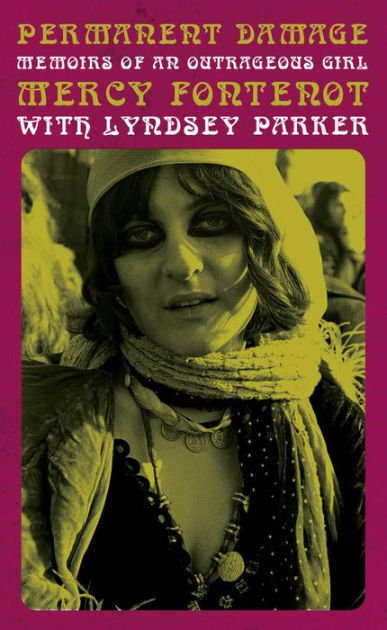 “There were definitely better known personalities than Mercy Fontenot in her time, but she was no less of a thrilling iconoclast for it. Long before unorthodox women like Cosey Fanni Tutti or Courtney Love there was Mercy Fontenot. Her relatively unknown story, told here in her own words, is chock-full of delightful pop culture references and peppered with cameos from some of music’s most beloved stars, but the story that sticks with you long after the telling is done is that of Mercy herself. Rock ‘n’ roll rebel until the end. What a gal.”

Mercy Fontenot was a Zelig who grew up in the San Francisco Haight Ashbury scene, where she crossed paths with Charles Manson, went to the first Acid Test, and was friends with Jimi Hendrix (she was later in his movie Rainbow Bridge). She predicted the Altamont disaster when reading the Rolling Stones’ tarot cards at a party and left San Francisco for the climes of Los Angeles in 1967 when the Haight “lost its magic.”

Miss Mercy’s work in the GTOs, the Frank Zappa-produced all-female band, launched her into the pages of Rolling Stone in 1969. Her adventures saw her jumping out of a cake at Alice Cooper’s first record release party, while high on PCP, and had her travel to Memphis where she met Al Green and got a job working for the Bar-Kays. Along the way, she married and then divorced Shuggie Otis, before transitioning to punk rock and working with the Rockats and Gears. This is her story as she lived and saw it.

Written just prior to her death in 2020 with veteran music journalist Lyndsey Parker, Permanent Damage: Memoirs of An Outrageous Girl shows us the world of the 1960s and 1970s music scene through Mercy’s eyes, as well as the fallout of that era–experiencing homelessness before sobering up and putting her life back together. Miss Mercy’s journey is a can’t miss for anyone who was there and can’t remember, or just wishes they’d been there.

“Miss Mercy was dripping in sarcasm. She was a very funny and lovely lady. She may have been the voice of reason for the GTOs… but I doubt it.”— Alice Cooper

“Miss Mercy spun herself through the most magical days of the ‘60s and into the arms of punk. She was a that one-of-a-kind character none of us will ever forget.”— Exene Cervenka, X

“I am thrilled to know this book is finally out there and we can know firsthand what it was like to live in Miss Mercy’s towering platform shoes. I love rock ‘n’ roll, and Lyndsey Parker has the most encyclopedic knowledge of all music; I can’t think of a better person to bring Mercy’s story to life.”— Margaret Cho

“Miss Mercy was a one-off iconoclast, style- and taste-wise. She looked, lived, and loved uniquely and was a trailblazer for women in rock ‘n’ roll.”— Siobhan Fahey, Bananarama and Shakespears Sister

“Mercy was one of the most inspirational and magical people I ever got the chance to meet and work with. She had endless stories to tell and the coolest style, like a badass gypsy pirate witch. She embodied that old spirit of Hollywood that we never get to see anymore. Mercy was and will always be a legend.”— Arrow de Wilde, Starcrawler

“Lyndsey and Mercy had many things in common, the most important of which was commitment. Both committed to the music and the musicians that made it. Mercy had secrets and stories and reveals them here to someone who understands. An imperative read for anyone with a rock ‘n’ roll soul.”— Michael Des Barres

Mercy Fontenot ran away to Haight-Ashbury at sixteen in 1965. In 1967, citing that the Haight was getting boring, and she couldn’t stay a hippie forever, Fontenot moved to Los Angeles, where she met Frank Zappa and Pamela Des Barres and fell in with the GTOs, an all-female band whose album Permanent Damage was released in 1969. The two songs she wrote for the band were eventually recorded by Jeff Beck, Rod Stewart, and Lowell George.

In the late-70s she reinvented herself, doing punk hair and styling for bands like the Rockats and Gears and then influencing the roots-rock scene. After falling on hard times, she finally got sober and wrote her story. Permanent Damage is her memoir, published posthumously in 2021 (June 9) via Rare Bird Books.

Lyndsey Parker is the music editor at Yahoo Entertainment and host of the daily SiriusXM Volume show Volume West. Considered an expert in music and pop culture, Parker is an Online Journalism Award nominee and has written for Elle, MOJO, Rolling Stone, NME, and Guitar. She has appeared as a commentator for the ABC special The Show Must Go On: The Queen + Adam Lambert Story, AXS TV’s The Top Ten Revealed, and the documentary I Want My MTV, as well as for VH1’s Behind the Music, CNN, MTV, The Insider, and Good Day L.A.. She is the author of Careless Memories of Strange Behavior: My Notorious Life as a Duran Duran Fan (one of the first e-books published as part of Rhino Records’ all-digital music book series, which went to #1 on the iTunes Music Books chart).

AVAILABLE IN HARDCOVER and E-BOOK 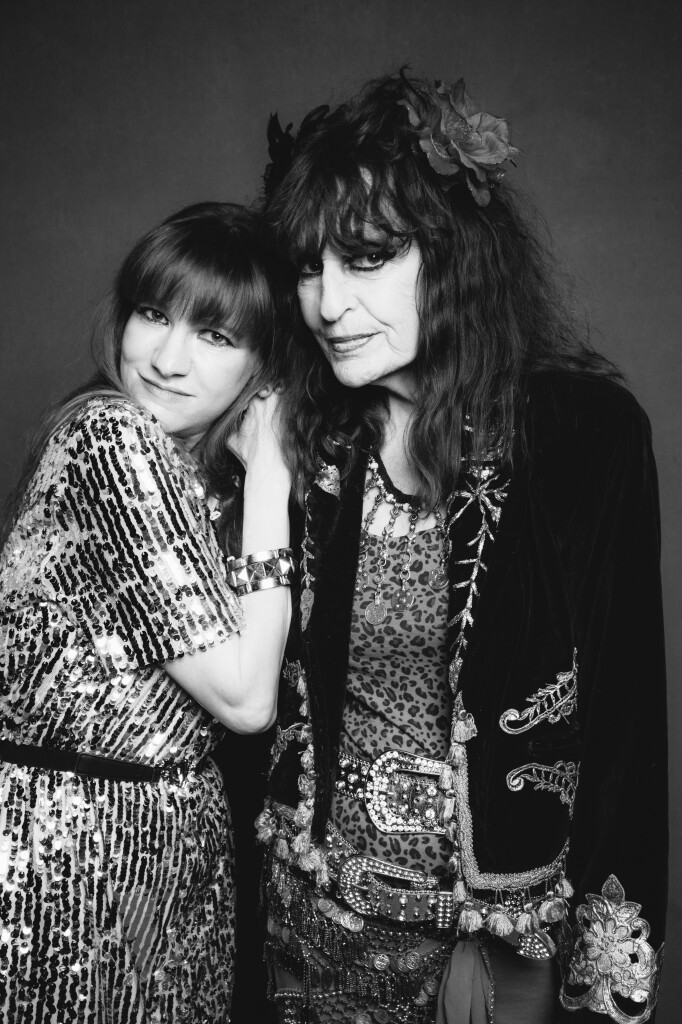