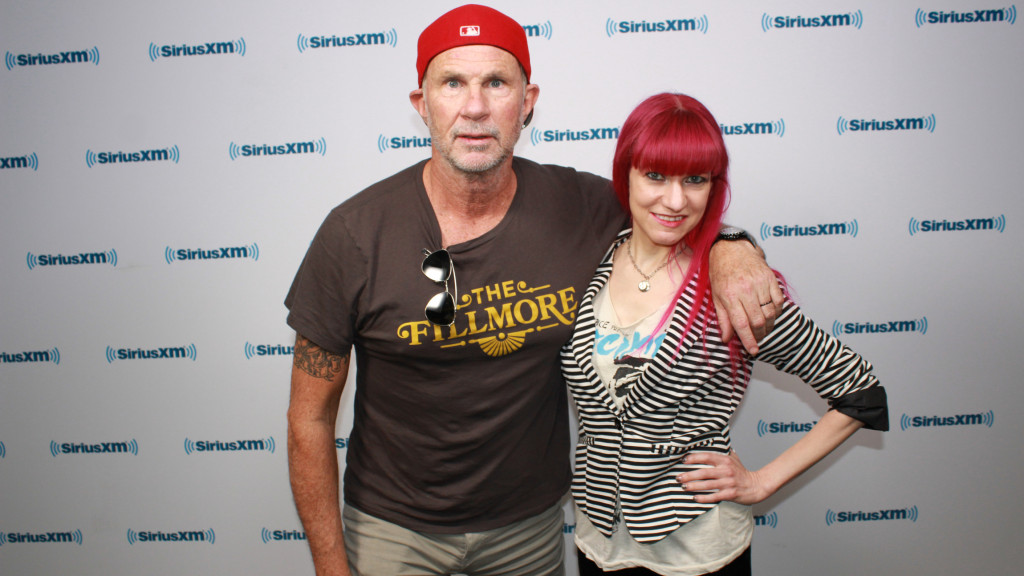 VOLUME West will become SiriusXM’s first west coast show airing live on the Volume channel, talk radio devoted to the discussion of music.  In this 2-hour show, airing Mondays at 4 pm PT and 7 pm ET, Smith and Parker will welcome artists, industry guests and friends for interviews and discussions about favorite songs, albums, influential musicians, biggest obsessions and the buzz behind today’s music.  Harnessing their unique career perspectives—with Smith as a Rock and Roll Hall of Fame musician and drummer, and Parker as veteran music journalist—VOLUME West will also take a closer look at the diverse west coast musical scene and its importance on the landscape.

“I’ve been interviewing artists, friends and musicians over the years for discussions about our shared love for music,” said Chad Smith, six-time Grammy award-winning drummer for Red Hot Chili Peppers. “It’s an honor to have a weekly show on SiriusXM where we can now extend the conversation with music fans too.”

“As a longtime music journalist, lifelong music freak, and Los Angeles native, I can’t wait to dive into conversation with an L. A. icon like Chad, on a show that’s all about music,” said co-host Lyndsey Parker.  “I’ll definitely be living the California dream.”

“We are proud to welcome Volume’s first west coast live show presented by two hosts that fans and the music industry will want to follow,” said Roger Coletti, Executive Producer of SiriusXM’s Volume channel.  “Our SiriusXM listeners will now have another program where they can interact and hear from experts immersed in the music world, and on Volume, where people come together to engage in their shared passion for music.”